Some 30 climbers sick near Everest summit after 2 die 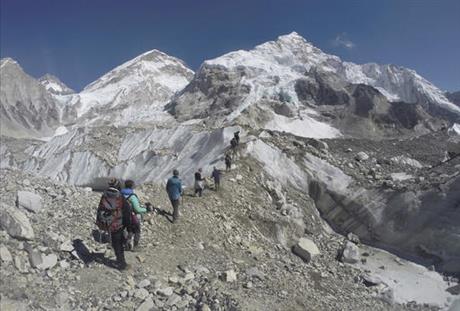 KATHMANDU, Nepal (AP) — A Nepal official says some 30 climbers have gotten frostbite or become sick on Mount Everest, in addition to two who died in recent days on the world’s highest mountain.

Mountaineering Department official Gyanendra Shrestha said Sunday most of the sick climbers suffered frostbite while attempting to reach the summit or on their descent.

Pemba Sherpa of the Seven Summit Treks agency in Kathmandu said an Indian climber who was unable to move due to frostbite had been carried to a lower camp, where attempts were being made to pick her up by helicopter.

Earlier, a Dutch man and an Australian woman died of apparent altitude sickness while descending from the summit. They were the first confirmed deaths on the mountain this year.