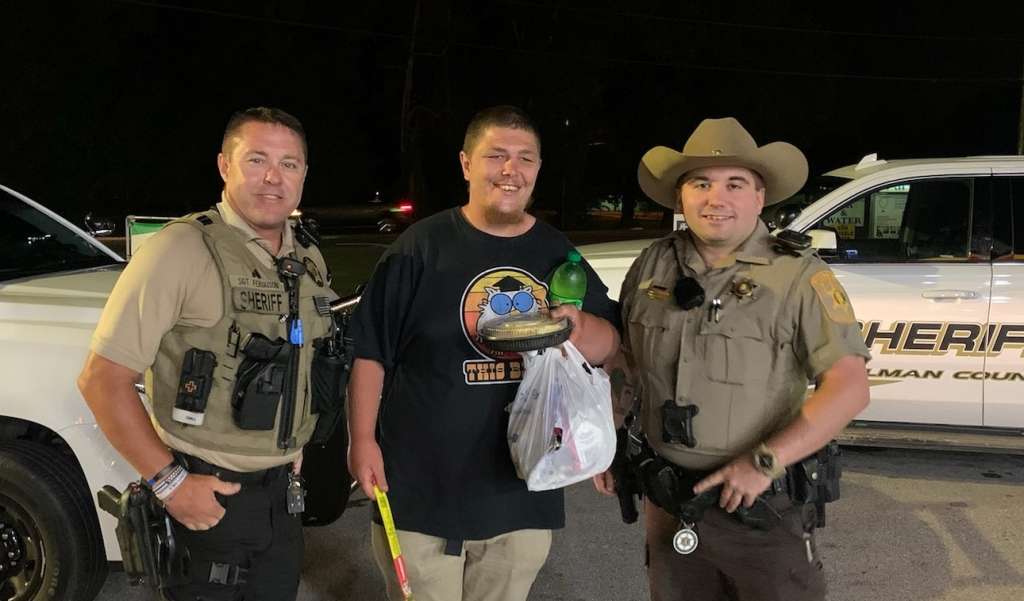 MORGAN COUNTY, Ala. (WSVN) — When a young autistic man was robbed and left abandoned by people he trusted, several law enforcement agencies helped make sure the man got home safely.

Deputies said Bolin is from Indianapolis and has autism. The sheriff’s office said they learned that Bolin was on his way to Florida with some “friends” when they physically pushed him out of the car and robbed him at a gas station in Montgomery.

Bolin was left with only the clothes he was wearing.

“They allegedly took advantage of him for the money that he had worked to earn for several days mowing yards,” the sheriff’s office said.

Officers with the Mongomery Police Department tried to get in touch with his family in Indianapolis, and they learned that his father had been killed during 9/11, and his mother is diabetic and is disabled and only has one leg. Bolin didn’t have any other family.

Before leaving, Ferguson wished Bolin well on the rest of his trip and also gave him $20.

“We are happy to play a small part in helping get this young man back home and thankful for the multiple agencies that have and will assist on his journey!” the Morgan County Sheriff’s Office wrote.