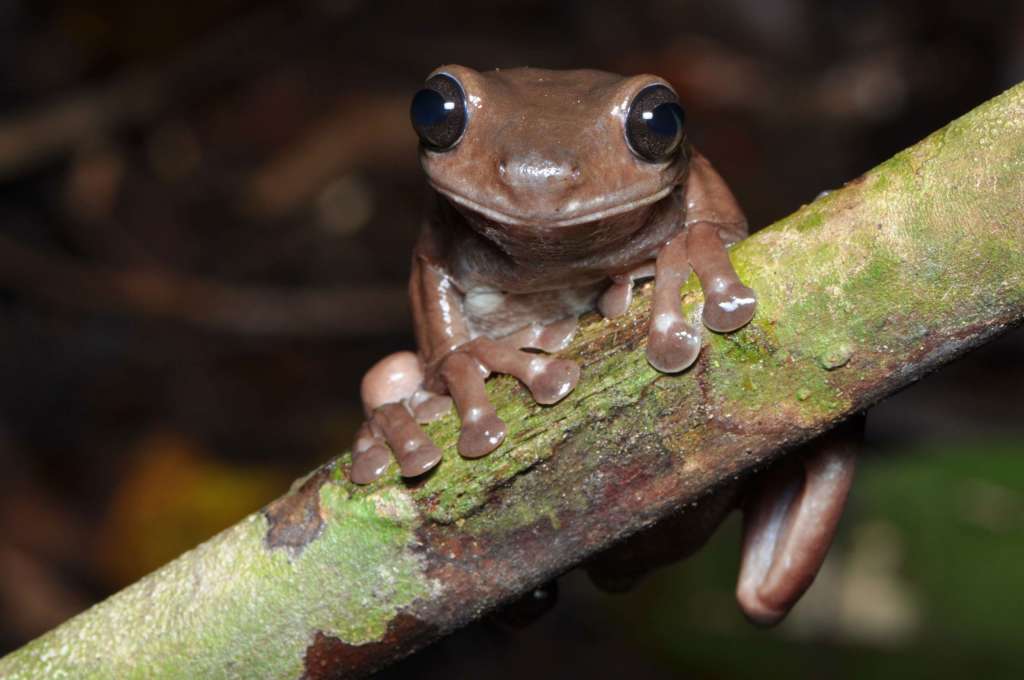 (CNN) — A team of Australian scientists has discovered a curious “chocolate frog” tree frog in the lowland rainforests of New Guinea.

Tree frogs are known for their green skin — but due to its brown coloring, researchers named it “chocolate frog” — and the name stuck.

“The closest known relative of Litoria mira is the Australian green tree frog. The two species look similar except one is usually green, while the new species usually has a lovely chocolate colouring,” Paul Oliver of the Centre for Planetary Health and Food Security and Queensland Museum, who described the discovery in a co-authored paper in the journal the Australian Journal of Zoology said in a statement.

Australian scientists discovered one of the creatures in 2016, according to the paper, and they think the animal could be widespread across New Guinea.

“Because the frog lives in very hot, swampy areas with lots of crocodiles, all these things discourage exploration,” co-author Steve Richards from the South Australian Museum Richards said.

Although the creatures may look like the magical, enchanted snacks found in the Harry Potter series, the similarities stop there.

“We named this new Litoria frog species Mira, which means surprised or strange in Latin, because it was a surprising discovery to find an over-looked relative of Austalia’s well-known and common green tree living in the lowland rainforests of New Guinea,” Oliver said.

“Resolving the biotic interchange between these two regions is critical to understanding how the rainforest and savannah habitat types have expanded and contracted over [the] time of both,” Oliver said.

“Estimates for divergence of the new species in our study shows that in the Pliocene (5.3 to 2.6 million years ago) there was still connectivity between the two species across lowland tropical habitats of northern Australia and New Guinea,” he added.