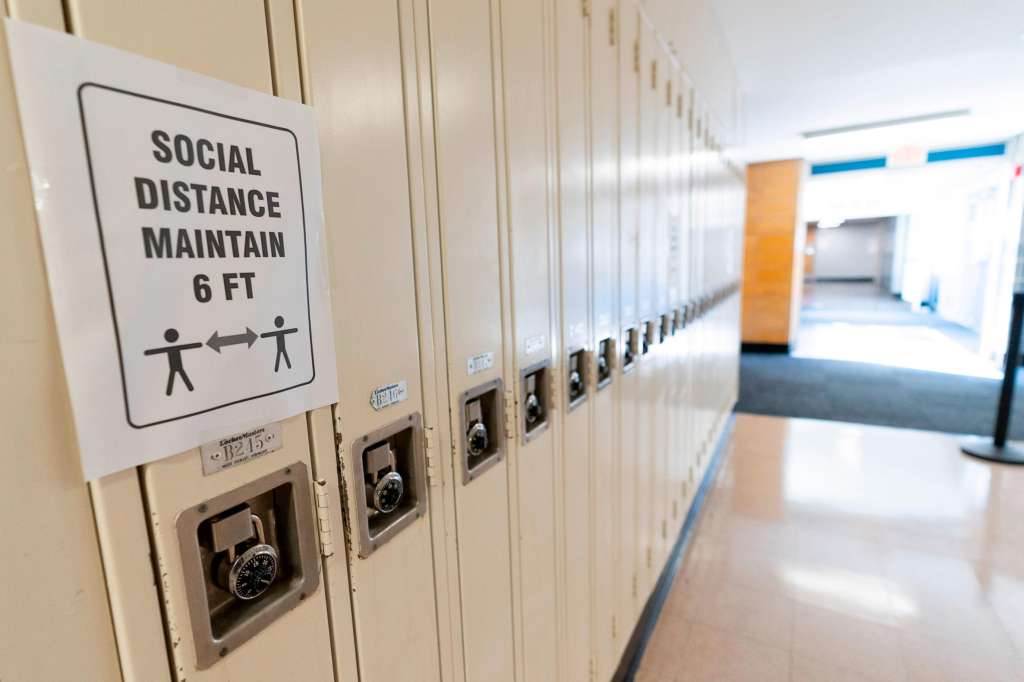 (CNN) — A 6-year-old afraid to go outside. A mom scared to send her children back to school, then thrilled at how they’ve thrived. A teacher worried she’ll be ordered back to the classroom and become some kind of test subject.

These are some of the stressed stories of the pandemic-hit school year so far — but it’s impossible to know how widespread the experiences are because there is no national tracking of what happens when children and staff return to schools.

And without that tracking, health and education experts say, there’s no way to come up with best practices to restart schools, educate children most effectively and open up their parents to commit to their work lives.

“Unfortunately, some of our knowledge is really just derived from anecdote,” said Dr. Susan Coffin, professor of pediatric infectious diseases at Children’s Hospital of Philadelphia. “We don’t have any good strategies to systematically collect the experience across a swath of the US to actually be able to study the different approaches that have and, in some cases, not worked so well.”

Kimberly Berens, a scientist-educator with a PhD in behavioral science, told CNN she sees that play out around her in Long Island, New York.

“In a five-mile radius around my office there are several public and private schools, and every single one of those schools are doing different things, which is crazy,” she said.

“What I know as a scientist is, if I’m manipulating multiple variables at one time, I have no idea what variable actually produced whatever outcome I achieved, or didn’t achieve. So, with schools in one district all doing different things, then we can’t put our finger on what contributed to an increase in prevalence or a decrease in prevalence.”

New research on children and Covid-19

Some scientific knowledge about children and coronavirus has increased since schools across the country shut down in March.

Coffin told CNN that while new research has shown that children can catch and transmit coronavirus, which previously had not been as certain, “on average, a child’s ailment will be less severe than that of the adult, provided they don’t have underlying conditions.”

The Centers for Disease Control and Prevention released a study in late September saying that the incidence of Covid-19 among younger children appears to be much lower than in adolescents, which could give confidence that elementary schools, in particular, are safer to reopen.

But there hasn’t yet been a chance to study that.

Instead the anecdotes continue. Many remember the widely shared photos of crowded hallways as school started in Paulding County, Georgia, that were followed by cases of coronavirus and hundreds of students and staff in quarantine.

But for the majority of schools that have opened their doors, infection rates and case counts have not skyrocketed as much as medical professionals, teachers, and parents feared.

Randi Weingarten, the president of the American Federation of Teachers, said that could have been a cause for celebration if anyone had been tracking the situation effectively.

“Some schools opened well and fine, without transmission of illness and that would have created great confidence,” Weingarten told CNN. “But instead of having a great national celebration about any of this stuff, everybody’s just completely on edge and anxious about what’s going to happen because there’s no national guidance.”

The problematic openings could even have helped others, Weingarten said. “I think that the Georgia … situation, where you saw a huge number of kids running through those halls in the middle of real community spread, scared people enough to do masks and physical distancing.”

Part of what has led to a safe reopening, experts say, is only introducing in-person learning when there is a relatively low community spread of coronavirus.

Dr. Anthony Fauci, the director of the National Institute of Allergy and Infectious Diseases, said at the Texas Tribune Festival in late September “you’ve got to look at the relative risk to the children in the particular area, county, city, state, that you happen to live” when determining when to bring children back to school.

Dr. Jennifer Nuzzo, an associate professor at Johns Hopkins Bloomberg School of Public Health, concurred that “the first requirement, of course, is that we have, you know, a relatively low level of infection in the surrounding community.”

“In places where the case numbers are rapidly accelerating, or just increasing and uncontrolled, it’s going to stand that as people in the community get infected, those cases will show up at schools. And obviously, nobody wants to open a school to only have to shut it down again, because of need to quarantine students or staff.”

In its guidelines, the CDC laid out that mitigation strategies such as wearing masks, social distancing by having reduced class sizes, spacing out desks, implementing cleaning protocols, and developing a proactive plan for when a student or staff member tests positive for Covid-19, should be incorporated in any plans to reopen a school.

But again, the evidence to prove that such measures are having an impact is anecdotal at best as there is no nationally mandated testing and reporting of coronavirus infections in schools. And while New York state releases that information, Georgia has decided to keep it under wraps.

To try to fill some of the gaps, Brown University has created a Covid-19 school response dashboard, analyzing data from 1,006 schools with more than 167,000 students and 54,000 staff. So far, just 0.13% of students surveyed have tested positive for Covid-19 and that rises to only 0.24% for teachers.

“The process of opening schools doesn’t seem to be driving epidemics outside of the school,” Oster told CNN. “These risks may be lower than people thought.”

But there are suspected cases among both staff and students, and Oster said schools need testing capability to get an even clearer picture.

She did add that schools that have implemented social distancing and mask mandates have had even greater success.

“We’re certainly seeing that some of these mitigation factors are strongly associated with lower rates, and so places that are doing them seem to be having less spread than other places,” Oster said.

Oster has also talked to parents and school administrators and has discovered that one widespread anxiety — that young children may not be able to keep their masks on — could be misplaced.

“Actually, it’s completely fine,” Oster said of young students. “The people I think we are struggling to get to wear the masks are the adults and high school students.”

How some children have been impacted

Kelly Foster was scared to send her second and fifth graders to in-person schooling at their private school in Atlanta — but now feels she is one of the lucky ones.

“When my kids spend too much time online, they just become mean. It changes their personality — they get grumpy, they get short-tempered,” she said.

Now they are back in school, their moods have improved dramatically, she said.

Alexis Barad-Cutler is hoping for that to play out with her children. She says her 6-year-old son Gavi has become afraid to go outside and has developed an anxious oral fixation from spending so much time on his iPad.

Now he has to have something to chew in order to be able to pay attention to the screen, she said. The Barad-Cutlers live in Brooklyn Heights, and Gavi and his fourth-grader brother just started going back to their New York City public school for two days a week.

New York City is the only one of the US’ top 10 largest school districts to open the school year with anything but entirely online learning. And while many private schools and smaller rural schools have been able to open with protective equipment and social distancing, large city schools have stayed closed.

In Atlanta, Kristina Christy’s sixth grader and ninth grader have spent weeks and weeks of the new school year learning in a virtual format.

“This is not working,” Christy told CNN.

She says her children are not doing well academically and she does not understand why public schools can’t open.

“Every private school here in Atlanta is in-person or they have an option in-person,” she said. “Why can’t we learn from what they’re doing?”

The difference between learning in-person and online could become another dividing line between students.

Nuzzo, of the Johns Hopkins Bloomberg School of Public Health, said the delays, interruptions and other difficulties of online learning could have “lifetime consequences” for students.

“We very much have to worry about this loss and have plans for how to address it and to bring students back up to speed,” she said.

But of course students are only part of the equation. Teachers need to go to school as well and for Karen Ngosso, a third-grade teacher in Baltimore, the time is not right.

She says she’s seeing almost all of her 42 students at Hazelwood Elementary log on to lessons and she stresses everyone is doing what they can to give the children a high-quality education.

And until there is a vaccine against Covid-19, Ngosso said she is not comfortable returning to teaching in person.

“I know how I’m handling the pandemic, and how I’m following the protocols with myself and my children and the people that come into my space, but I can’t control what anybody else does out in this whole big wide world, and people are moving and traveling and doing different things. And some people are like, it’s nothing,” she said.