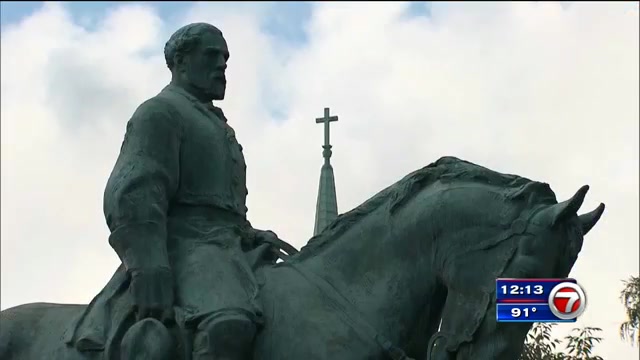 LEXINGTON, Va. (AP) — A Virginia church that Robert E. Lee belonged to after the Civil War will no longer be named after the Confederate general.
Leaders of R.E. Lee Memorial Episcopal Church voted Monday to return to the parish’s original name of Grace Episcopal Church.

The Richmond Times-Dispatch reports that Lee became a member of Grace’s congregation after moving to Lexington, Virginia. The renaming follows a divisive two-year debate that prompted some congregants to leave.

The Rev. Tom Crittenden, rector at Grace Episcopal, said the church moved toward the name change after last month’s deadly violence in Charlottesville, Virginia. White nationalists had rallied around a statue of Lee that is slated for removal.