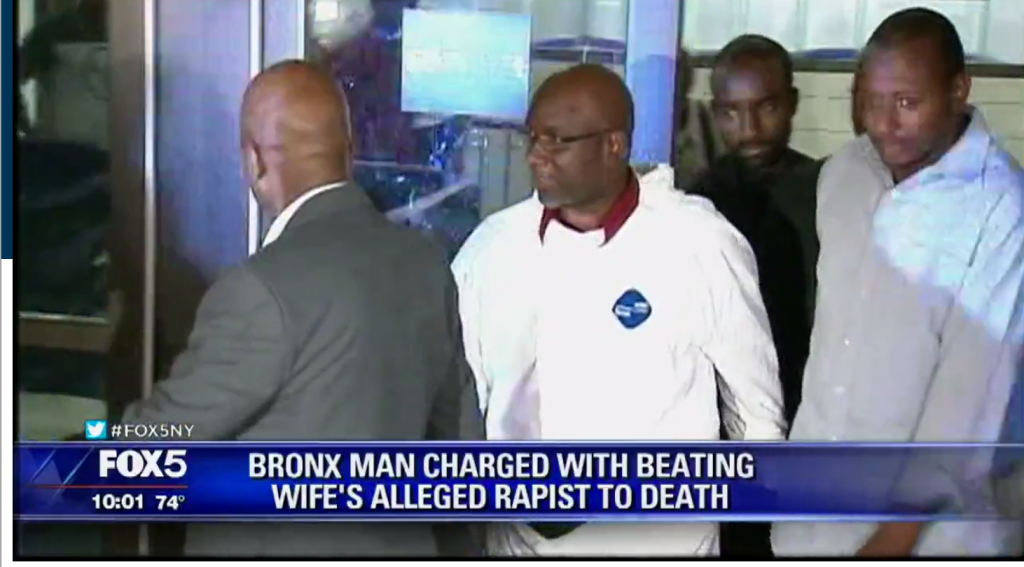 BRONX, NY – A 61-year-old man in New York is facing manslaughter charges after he beat a man to death, who allegedly was trying to rape his wife.

The incident occurred at around 10 p.m. Monday at an apartment complex located at 1240 Washington Avenue in Bronx, New York.

According to reports, 43-year-old Earl Nash broke into an apartment and ripped a 51-year-old woman’s clothes and smashed her head onto a chair before she was able to escape and call her husband for help.

The 61-year-old husband, who was identified as Mamadou Diallo, rushed to his apartment where he then beat the 43-year-old man with a tire-iron, according to the NY Daily News.

Nash was found unresponsive with head trauma and was rushed to a nearby hospital where he died.

Diallo was arrested and charged with manslaughter.  He pleaded not guilty and was released from jail as he awaits a trial.

Click here for more on this story from FOX 5 NY.