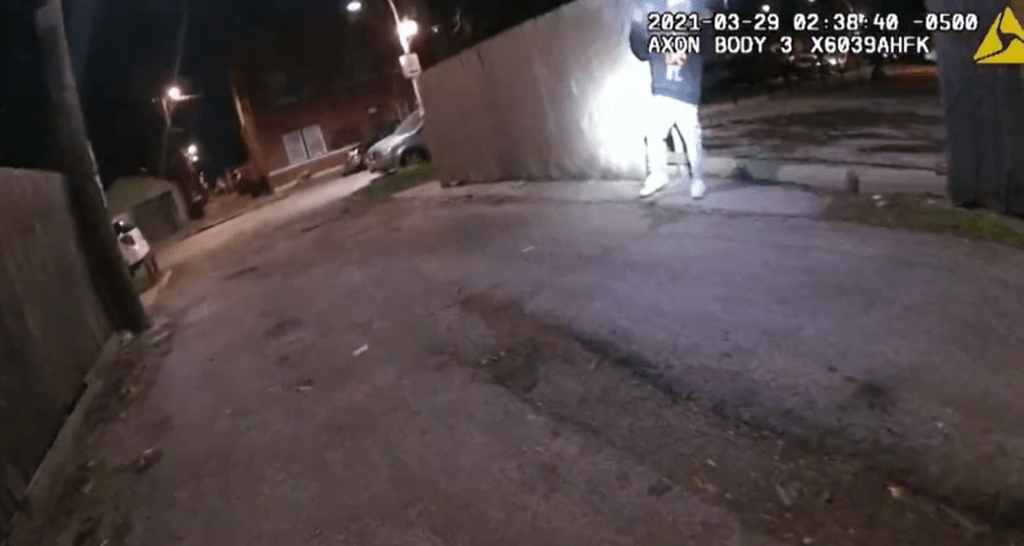 CHICAGO (AP) — A prosecutor who implied in court that 13-year-old Adam Toledo was holding a gun the instant he was fatally shot by a Chicago police officer was placed on leave a day after a video showing the boy’s hands were empty was released to the public.

“In court last week, an attorney in our office failed to fully present the facts surrounding the death of a 13-year-old boy,” Cook County State’s Attorney Kim Foxx spokeswoman Sarah Sinovic said in a statement. “We have put that individual on leave and are conducting an internal investigation into the matter.”

During an April 10 bond hearing for 21-year-old Ruben Roman, who was with Adam when he was shot March 29, Assistant State’s Attorney James Murphy appeared to suggest that the boy was still holding the gun as Officer Eric Stillman pulled the trigger.

“The officer tells (Adam) to drop it as (Adam) turns towards the officer. (Adam) has a gun in his right hand,” Murphy said, according to the Chicago Sun-Times. “The officer fires one shot at (Adam), striking him in the chest. The gun that (Adam) was holding landed against the fence a few feet away.”

But Murphy did not explain what the video and screenshots show: That Adam had nothing in his hands when he was shot and had dropped or tossed the weapon away less than a second before the officer pulled the trigger. Police found the gun next to a fence a short distance away after the shooting.

According to the Chicago Tribune, Foxx told staffers in an email that the language in the proffer that Murphy read in court “did not fully reflect all the evidence that had been given to our office.”

But on Friday, Sinovic suggested that Murphy may not have had access to all of the video that was released to the public on Thursday when he made the comments, telling the Sun-Times: “It’s still under investigation what videos were available to (Murphy). We’re still trying to figure out what he had access to when he made the statements in court.”

The office did not immediately respond to an email from The Associated Press on Saturday requesting more information, including who else saw the video footage before the April 10 hearing.

Images of the boy raising his empty hands as he was shot have elicited anger in the Little Village neighborhood where he lived and died, and elsewhere the city.

Roman was arrested at the scene on misdemeanor charges of resisting or obstructing a peace officer but he was later charged with felony counts of child endangerment, aggravated unlawful use of a weapon and reckless discharge of a firearm after investigators determined that he fired the gun several times before police arrived.

He remains in custody at Cook County Jail after a judge ordered him held on $150,000.