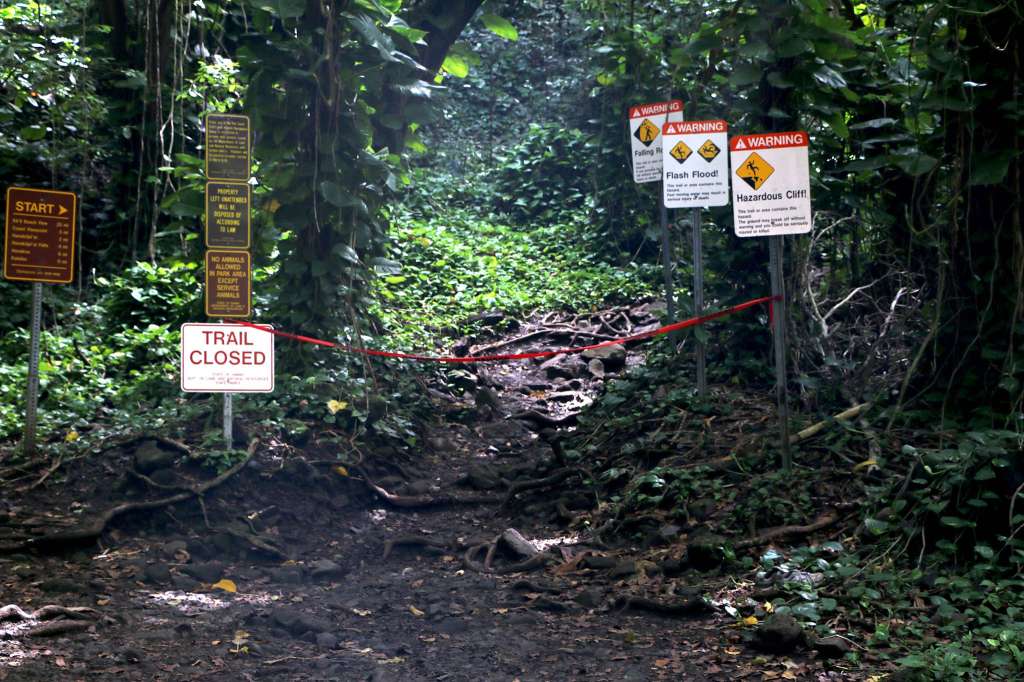 (CNN) — Hikers who ignore closed or trespassing signs in Hawaii may soon be financially on the hook if they need to be rescued.

SB700, which is currently going through the state Senate, would allow local government entities, such as fire and police, to seek full or partial reimbursement for rescue efforts if a hiker ignores signs for closed or off-limit hikes, according to the text of the bill.

State Sen. J. Kalani English, one of the bill’s primary sponsors, told CNN that the bill was proposed to help keep tourists and locals safe.

“It’s one of these bills that seems hard, but at the end of the day I think it makes a lot of sense,” English said.

Most of the incidents are preventable, English said.

He pointed to a recent incident in Hana, where a woman and two others ignored warnings of a flash flood, and were swept out to sea. One died and the other two were rescued.

“Because we have such a unique ecosystem, we have many, many natural dangers,” English said. “The people living there (in Hana) were explicit that the (rain) was coming … it was imminent, and they (the visitors) still chose to ignore it. That’s the point — we cannot legislate responsibility, but we can legislate financially. We just wish people would heed the warnings.”

Across Hawaii, English estimates that roughly a thousand rescues are needed a year. Depending on the circumstances, rescues can cost thousands of dollars, he said.