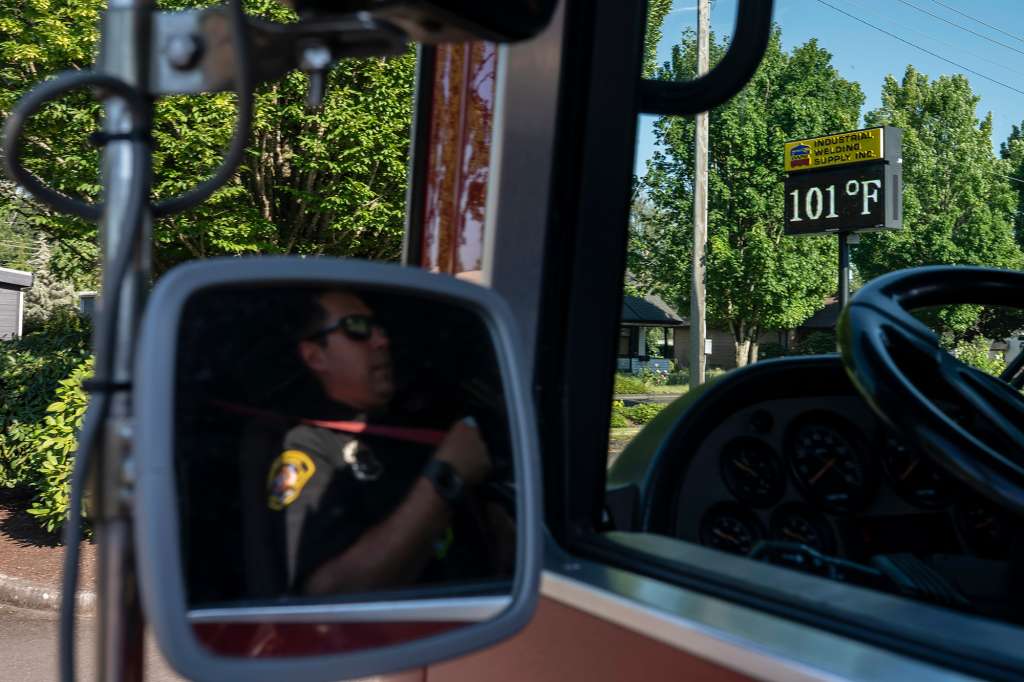 (CNN) — The Pacific Northwest is baking in a record-breaking heat wave, with an all-time high of 108 degrees Fahrenheit reported Saturday in Portland, Oregon.

Along the West Coast, more than 20 million people are under a heat warning or advisory, from the Canadian border to the Mexican border.

Unprecedented and dangerous heat will continue to build across the Pacific Northwest for several days, where high temperatures will climb into the triple digits. Hundreds of daily high-temperature records are forecast to be broken Sunday through much of this week

Monthly June records and all-time records are also possible, especially today through Tuesday for some locations. Extreme heat over long periods will significantly increase the potential for heat-related illnesses.

Trying to cool off in Oregon

Visitors and residents gathered along the waterfront and at the Salmon Street Springs Fountain on Saturday, CNN affiliate KATU reported.

At one point a group of naked bicyclists rode through, reporter Dan McCarthy tweeted.

“Only in Portland,” he wrote.

“We’re serving people who are already suffering from chronic health conditions — so whatever we can do to help people stay safe when they have nowhere else to go,” Scott Kerman, executive director of the Blanchett House shelter in Portland told the station.

Nonprofit groups are trying to help the homeless in Portland and other Oregon cities with cooling centers.

Medford Senior Center volunteers said this type of shelter is vital to the community.

“Awesome, it’s great. God bless them, man,” Richard William Harris, who has navigated through heat and cold off and on for about 30 years, told the station. “I’m just glad they’re here cause I sure needed it and I don’t want to die out there from heatstroke. If it wasn’t for this place, I don’t know what I would do.”

At Seattle-Tacoma International Airport, the thermometer hit 102 on Saturday afternoon, just behind the record 103 set on July 29, 2009, the weather service said.

That record is in jeopardy both Sunday and Monday, as temperatures are expected to climb even higher.

While the peak of the heat is expected Sunday through Tuesday for most locations, temperatures are expected to remain well above average through much of this week and potentially into Fourth of July weekend.

Already Sunday morning, as temperatures were climbing at the Sea-Tac airport, the low of 73 degrees will break the record for maximum low temperature — which was 72 degrees on July 29, 2009, the weather service said.

The average high temperature for Seattle this time of year is 73.