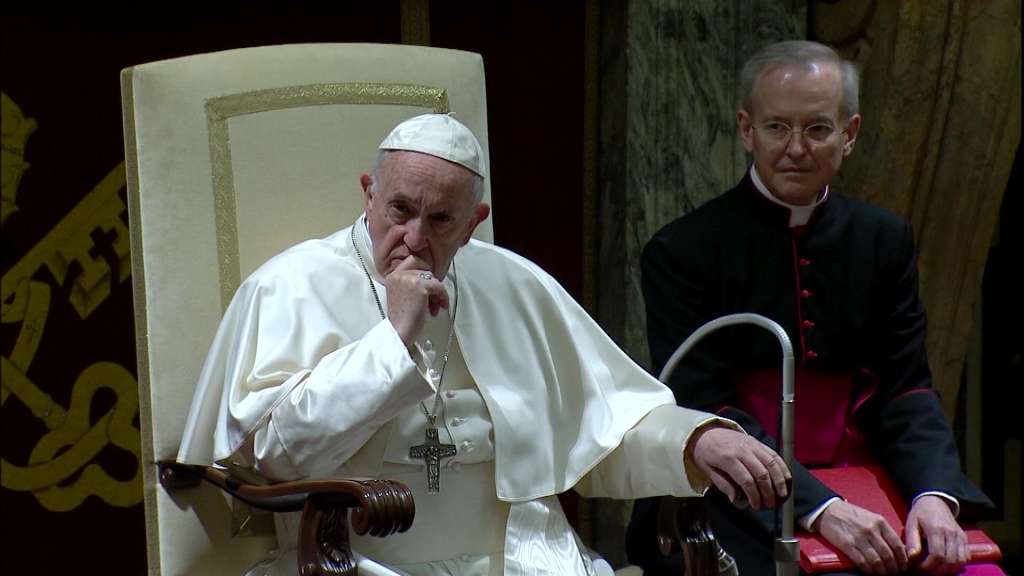 VATICAN CITY (AP) — Pope Francis on Sunday denounced racism, likening it to a virus that lurks in waiting and only to emerge and show that “our supposed social progress is not as real or definitive” as people think.

Francis tweeted on racism on the date that the United Nations marks as International Day for the Elimination of Racial Discrimination.

The pope likened racism to “a virus that quickly mutates and, instead of disappearing, goes into hiding, and lurks in waiting.”

“Instances of racism continue to shame us, for they show that our supposed social progress is not as real or definitive as we think,” Francis tweeted, adding the hashtags #FightRacism #FratelliTutti. “Fratelli Tutti” is the title of the encyclical, or special teaching document, which the pope issued last year in the midst of the COVID-19 pandemic to press for solidarity, brotherhood and care for the environment worldwide.

In his tweet, Francis cited no particular instance of racism or place. Throughout his papacy, he has championed the rights of people who are marginalized in societies, including migrants.

The annual U.N. commemoration on March 21 falls on the anniversary of the day that police in Sharpeville, South Africa, opened fire and killed 69 people at a peaceful demonstration against apartheid laws in 1960.