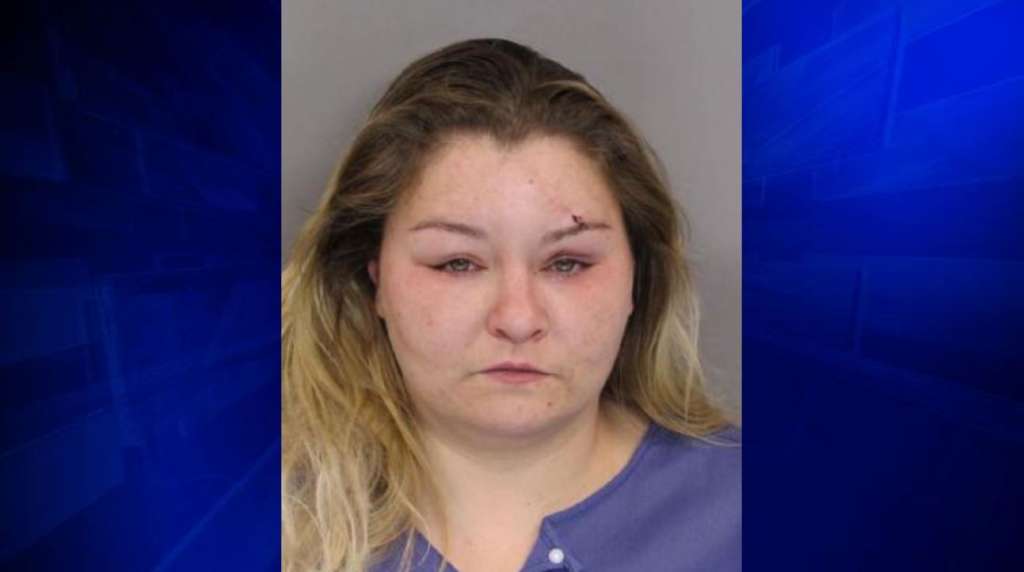 DUNDALK, Md. (AP) — A woman accused of driving off the road and killing a teenager in Maryland had two bottles of whiskey and 92 mini bottles of liquor in the car, police said.

Charging documents say Jones crossed the double lines of a Dundalk road Tuesday, hitting Trinity Lynn Brooks, 15, and then kept going: hitting a tree, driving through a fence and into three backyards before coming to a stop.

Police say two bottles of whiskey and 92 minibottles of liquor were found on the front passenger side floorboard.

Jones was found unconscious in the wrecked car, the documents state. First responders administered Narcan because they believed she was under the influence of opioids. The documents say she told police she had her last drink five minutes before the crash. Police say she admitted to drinking heavily every day and had been a heroin user.

“It’s obviously a very sad week at that school,” Oland said. “Our thoughts and wishes are with her family.”

A vigil for Brooks was held at the crash site Thursday. A visitation will be held Monday and funeral services will be Tuesday, according to news outlets.

Jones waived her right to appear at her bail review Thursday. She’s being held without bond at the Baltimore County Department of Corrections. It’s unclear whether she had an attorney who could speak for her.