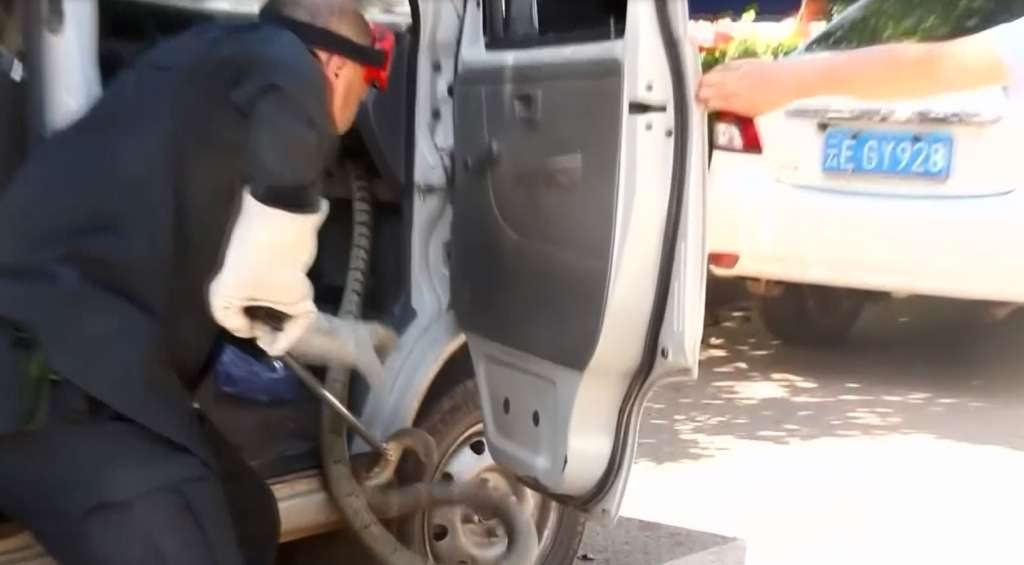 CHINA (WSVN) — Police officers in China were called to remove a massive King Cobra from a car’s glove compartment.

According to Chinese Media, the car’s owner discovered the snake when he returned from buying a few items at the market.

The reptile was coiled under the driver’s seat when police arrived, but when officers tried to wrangle the animal, it fled to the center console behind the glove compartment.

Officers were eventually able to capture the snake.

Upon inspection, the snake measured 9.1 feet and weighed 9 pounds.

Officers reportedly decided to hand the cobra over to the local wildlife preservation department.