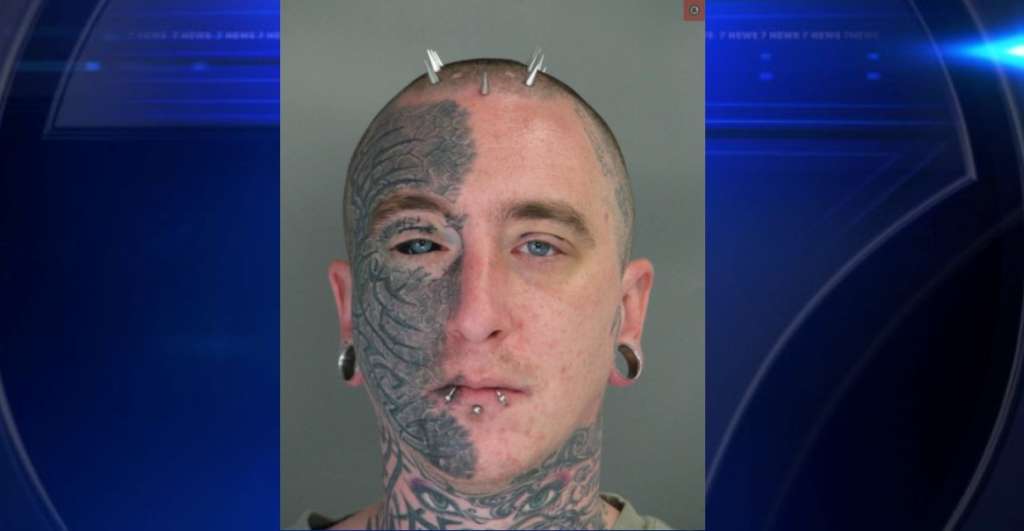 This photo provided by the East Pennsboro Township Police Dept. shows Jeremy Lee Pauley. Jeremy Lee Pauley, 40, of Enola, Pennsylvania, is free on $50,000 bond after police say he tried to buy stolen human remains from an Arkansas woman for possible resale on Facebook. A spokeswoman for the University of Arkansas for Medical Sciences in Little Rock confirmed that the remains were to be donated to UAMS's facility. (East Pennsboro Township Police Dept.)

A Pennsylvania man has been charged with abuse of a corpse, receiving stolen property and other charges after police say he allegedly tried to buy stolen human remains from an Arkansas woman for possible resale on Facebook.

A spokeswoman for the University of Arkansas for Medical Sciences in Little Rock confirmed that the remains had been donated to UAMS’s facility and were sent to a mortuary for cremation. UAMS spokeswoman Leslie Taylor said the remains were sent to Arkansas Central Mortuary Services in Little Rock where they were allegedly stolen by a female mortuary employee and sold, adding that there is an open federal investigation.

“We are very respectful of those who donate their bodies, and we are appalled that such a thing could happen,” Taylor said.

A representative of the mortuary hung up on a reporter who reached out for comment Thursday.

FBI Little Rock spokesman Conor Hagan said the office was aware of the Pennsylvania incident “but will not comment on ongoing investigations.” No charges had been filed as of Thursday against the Arkansas woman.

East Pennsboro Township Police in Pennsylvania announced the arrest of and charges against 40-year-old Jeremy Lee Pauley, of Enola, Pennsylvania. Pauley had been arrested on July 22 and had an initial court appearance Thursday.

Calls to an attorney representing Pauley were not returned late Thursday. Pauley was released on $50,000 bond, according to court records.

On a Facebook page under his name, Pauley has posted pictures of bags and stacks of femurs, one captioned, “Picked up more medical bones to sort through.” The Facebook page he uses to market his body parts is called “The Grand Wunderkammer,” “Vendors of the odd and unusual, museum exhibits, guest lectures, live entertainment, and so much more! Strange, curious, and unique in every way possible!” It also provides a link to his website.

“I think I’ve seen it all, and then something like this comes around,” said Sean McCormack, district attorney for Cumberland County, Pennsylvania, where Pauley was charged. “The question we had to answer was, Is the sale of body parts or bones and remains illegal … or legal? Some of it, to our surprise, was legal. And as the investigation went on, it became clear there was illegal activity going on as well.”

Pauley, who described himself as a collector of what he called “oddities,” including human body parts, said the remains were acquired legally when first contacted by police, according to a police affidavit. Police initially found what they described as older human remains including full skeletons that they determined were legally obtained.

However, after a second tip about newer remains in Pauley’s home, investigators returned to the house to find more recent purchases. Police found three five-gallon buckets containing assorted body parts — including of children — and federal and state law enforcement agents intercepted packages addressed to Pauley from the Arkansas woman that contained body parts.

Pauley told investigators that he intended to resell the body parts, according to the affidavit. Investigators allege that Pauley arranged to pay the Arkansas woman $4,000 for the body parts through Facebook Messenger.

Facebook did not respond to messages seeking comments on Pauley’s pages. However, its community standards prohibit human exploitation and explicitly prohibit selling body parts through its commercial policies and advertising policies.