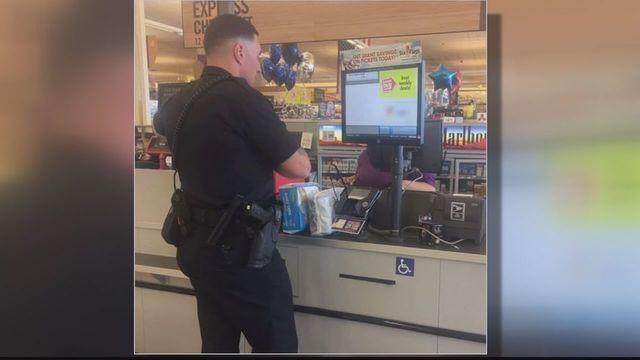 LAUREL, Md. (WSVN) — A police officer in Maryland is being praised for buying diapers for a woman after she was accused of stealing them.

Officer Bennet Johns was called to a grocery store this weekend for a report of a woman stealing $15 worth of diapers, Fox 5 reported.

After the rookie cop spoke with the woman, that’s when he said he realized that she was struggling to buy other items for her toddler. Instead of arresting her, he took out his wallet to pay for the diapers.

“I see [the toddler] and I see myself growing up with a single mother and I want him to have a better life too,” Johns said.

Laurel Police Chief Richard McLaughlin told Fox 5 that what his officer did is the kind of community policing his department aspires to do on a daily basis.

Officer Johns had to issue the woman a citation for theft.

He said she will have to appear in court for the misdemeanor charge.