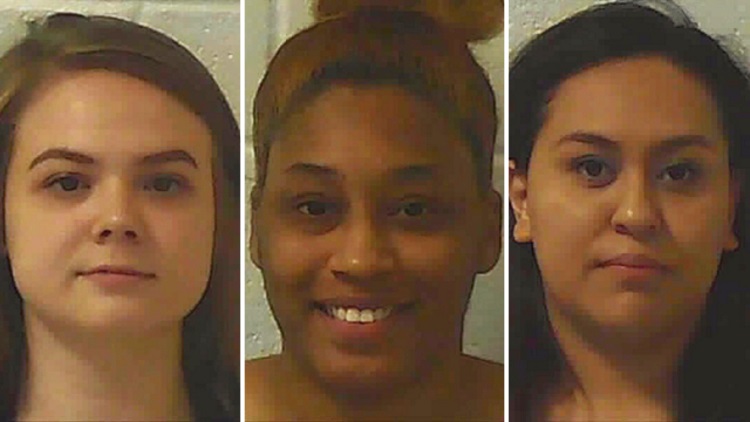 JEFFERSON, Ga. (WSVN) — Three employees of an assisted living facility in Georgia have been arrested after police said they made a Snapchat video called “The End” while in a room with a dying stroke victim.

The 76-year-old woman had suffered a stroke just minutes earlier, according to WXIA, and the three workers were supposed to be caring for her until a hospice worker arrived. Instead, they reportedly ignored the patient and recorded the video in her room.

Jefferson Police said the video, recorded last month, showed the women smoking a vape pen, laughing and making obscene gestures in the video as they mocked the patient. The video was captioned “The End” on the bottom of the screen with a laughing face emoji. The patient did not appear on camera.

Another employee saw the video and reported it to the facility’s director, who then called police.

The women were arrested and charged with exploiting an elderly and disabled person. Bruce and Moss were released on bond, but Cervantes-Ramirez is currently in the custody of U.S. Immigration and Customs Enforcement.

Bentley Assisted Living confirmed they fired the workers upon discovering the video, telling WXIA that “no resident’s condition was compromised as a result of this unfortunate event.”

The patient has since died, according to Fox 5.