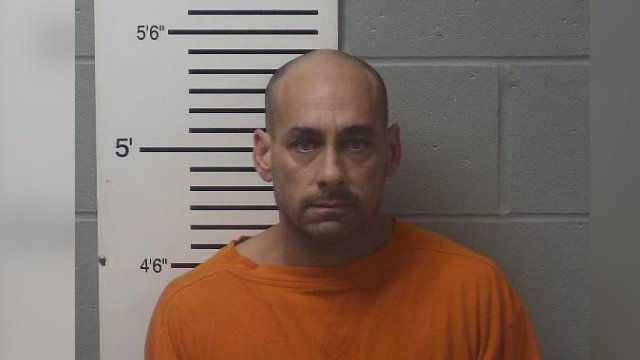 Timothy Wolf Jr. is pictured. Wolf has been arrested in connection with a first-degree assault after a man walked into the Lincoln County police station with his throat slashed. Mandatory Credit: Troy Missouri Police Department/KMOV

TROY, Missouri (KMOV) — An arrest was made Saturday after a man walked into a Lincoln County police station with his throat slashed.

Officers with the Troy Police were dispatched to a home on Robin Hood Drive for an undisclosed reason when they were alerted to an incident at the Lincoln County Sheriff’s Office. A man whose throat had been severely slashed walked into the building for help.

As a deputy was helping the victim, the man told police he was allegedly assaulted on Robin Hood Drive by Timothy Wolf Jr. The victim was taken to the hospital for treatment.

Shortly after, Troy officers took Wolf into custody and obtained a search warrant for his home. Detectives found a weapon and other evidence while searching the home.

Wolf was charged with first-degree assault. He was out on parole for involuntary manslaughter at the time. He is being held on a $1 million bond at Lincoln County jail.