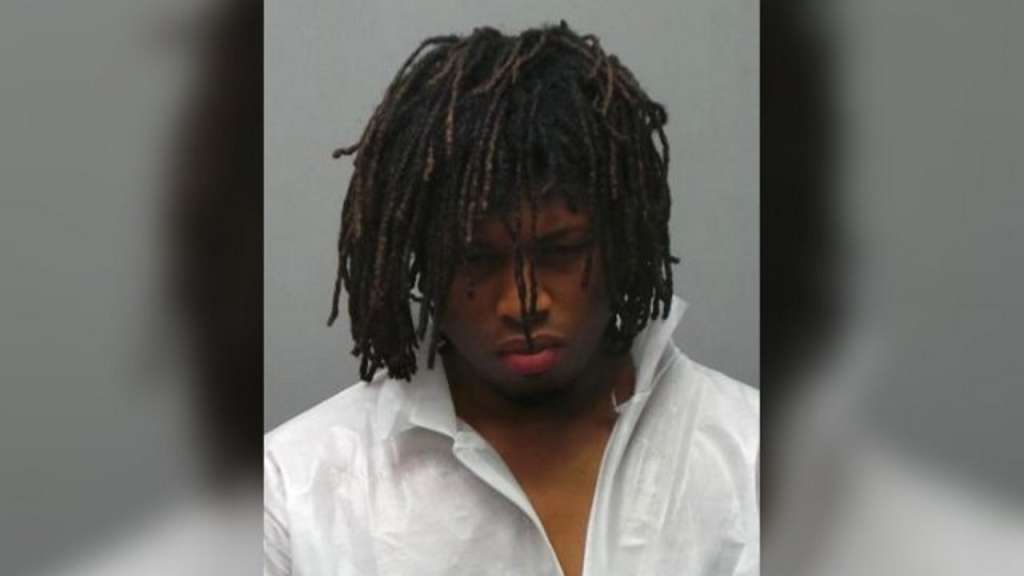 Rashaad Cotton, 23, is accused of throwing lit Molotov cocktails at Sauce on the Side because the man was angry he was fired from the restaurant in St. Charles County, Mo. (Courtesy: St. Charles PD via KMOV)
Associated Press

ST. CHARLES COUNTY, Missouri (CNN) — A man and a 16-year-old girl were arrested after throwing lit Molotov cocktails at Sauce on the Side because the man was angry he was fired from the restaurant, police say.

St. Charles City police officials said 23-year-old Rashaad Cotton was driving around throwing lit Molotov cocktails just after 6 p.m. Police said the man threw a lit one from his car’s window in a residential area near Cole and Greiner. It landed in someone’s yard. He then entered a silver Hyundai Elantra with the 16-year-old and another woman and drove off.

Cotton then threw another one at Sauce on the Side on Beale Street in the shopping plaza near the Drury. Police said a 29-year-old man was sitting on the patio and suffered minor burns to his thigh.

About five minutes later, police got a report about the Elantra crashing at to the Bass Pro shop at North 5th Street. Police said Cotton resisted arrest and officers had to mace him to get him into custody. Two officers suffered minor injuries to their hands trying to arrest him.

The 16-year-old was taken into custody. Police said a 26-year-old woman and her infant baby were also in the car. Her involvement is still unclear.

Police said all of this was because Cotton was recently fired from Sauce on the Sauce and he was angry about it. The first bomb he threw in the residential area was a test one to make sure the Molotov works.

Cotton was charged with one count of arson, fist and third-degree assault, armed criminal action and resisting arrest. He’s being held on a $25,000 cash-only bond. The 16-year-old is at the county’s family court detention facility.