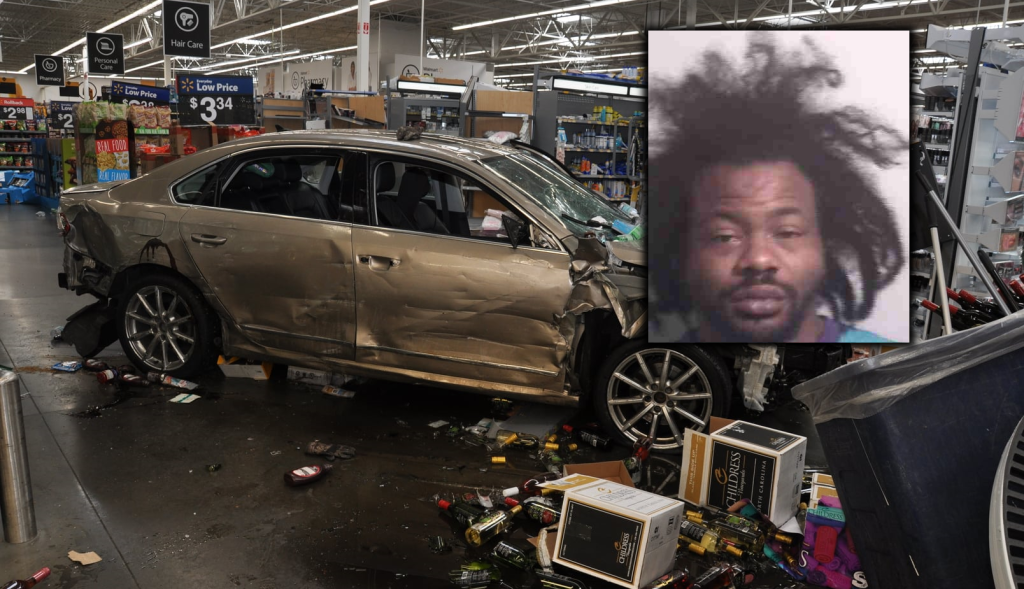 CONCORD, N.C. (WSVN) — Police in North Carolina say a former Walmart employee drove his car through the inside of his former workplace.

Concord Police arrested 32-year-old Lacy Cordell Gentry, April 2, and charged him with two felony counts of assault with a deadly weapon, breaking and entering, and other charges related to property damage.

Police say they responded to a report of someone driving a car into the front entrance of a Walmart and continued to drive inside the store.

Officers said when they went into the store, they found Gentry driving his 2015 Volkswagen Passat inside the store, “causing substantial damage and endangering others.”

Investigators said they were able to get Gentry to stop and they arrested him.

Police said they learned Gentry was a former employee of Walmart, but they said they were not able to obtain a motive.

Detectives said no injuries were reported. However, they said considerable damage was done inside the store.