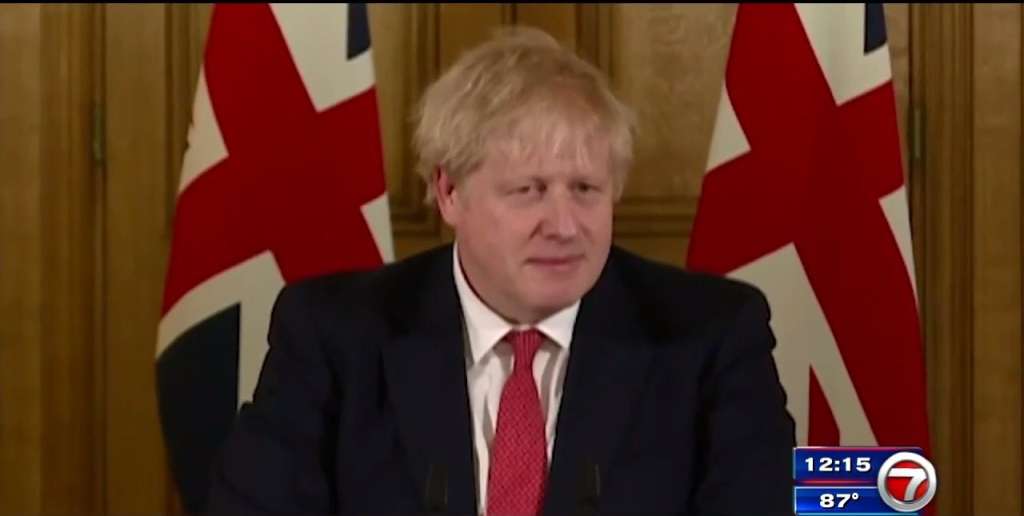 (CNN) — UK Prime Minister Boris Johnson has described the police’s failure to take violence against women and girls sufficiently seriously as “infuriating,” in an interview with British newspaper The Times after the killing of Sarah Everard and more than 100 other women in Britain this year.

Everard, 33, was kidnapped, raped and murdered in March by Wayne Couzens, a British policeman who was sentenced to life in prison without parole this week.

Her killing sparked an outcry and national reckoning over an epidemic of violence against women and girls in the United Kingdom, but activists say little has changed in the six months since. In late September, the murder of another woman in London, 28-year-old Sabina Nessa, renewed the outcry.

“Are the police taking this issue seriously enough? It’s infuriating. I think the public feel that they aren’t and they’re not wrong,” Johnson told The Times on Saturday.

“There is an issue about how we handle sexual violence, domestic violence, the sensitivity, the diligence, the time, the delay…that’s the thing we need to fix,” he added.

One woman is killed by a man on average every three days in the UK, according to data from the Femicide Census, an organization that tracks violence against women and girls. The group argues that the government’s new strategy to curb such violence “shamefully ignores” victims of femicide.

The government has promised to take action to tackle violence against women and girls, but activists and the opposition say the steps it proposed were inadequate.

Speaking to The Times, Johnson said that while there are hundreds of thousands of “wonderful police officers” in the UK, there are issues in the way that women are treated by the police and how complaints by women are handled.

The Metropolitan Police declined to provide a new comment in response to Johnson’s interview, but directed CNN to an earlier statement issued Thursday which stressed that recent cases of violence against women have brought into “sharp focus” the police’s “urgent duty to do more to protect women and girls.”

Everard is not the first woman to be killed by a British policeman. And campaigners fear she won’t be the last.

Speaking following the sentencing of Couzens on Thursday, London’s Metropolitan Police Commissioner Dame Cressida Dick said she was “sickened” by the abuse of power in the case of Everard’s murder.

“There are no words that can fully express the fury, and overwhelming sadness that we all feel about what happened to Sarah. I am so sorry,” she said.

There have been widespread calls for Dick’s resignation over what activists call the force’s failure to address the problem, and a statement by the Metropolitan Police issued on Thursday with tips on how to deal with lone police officers has been slammed for being tone-deaf.

The advice to women approached by lone police officers included running “into a house,” “waving down a bus” or calling the police on 999 if they do not believe the officer is “who they say they are” after questioning them.

On Friday, Johnson said he had confidence in the police and stood by the Metropolitan Police Commissioner, but noted that “there is a problem” with how cases of rape and violence against women are handled.

He also said that the government is trying to “compress” the time between complaints being filed by women and the point at which action is taken, adding that he believes the recruitment of more female police officers could make “the most fundamental change of all.”