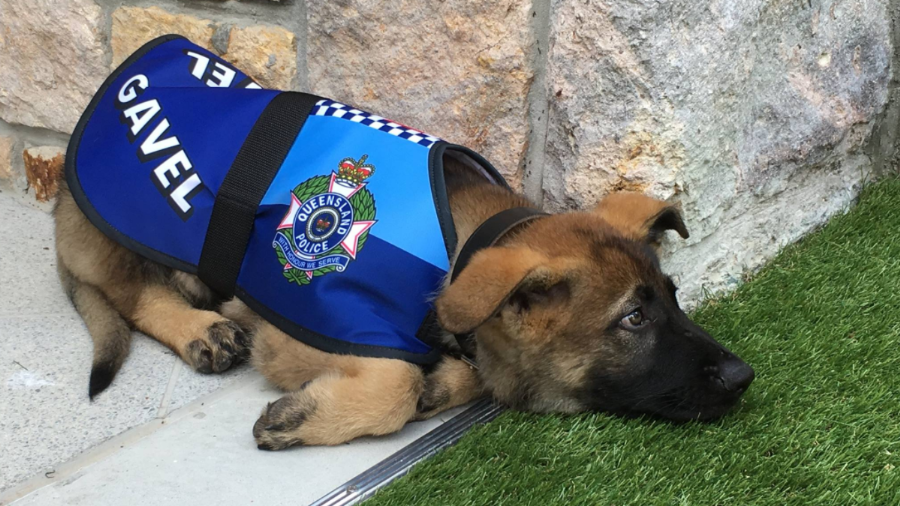 QUEENSLAND, Australia (WSVN) — A dog who flunked out of a police canine academy for being too friendly now has a new job.

The BBC reports that Gavel, a German shepherd, was not cut out for a life of fighting crime because he “did not display the necessary aptitude for a life on the front line.”

When he began police training, the police sent out a press release saying, “Gavel comes from a long line of pedigree… if the family bloodline is anything to go by, in 16 months Gavel will be tracking and catching criminals as a proud member of the Queensland Dog Squad!”

But it appears that, rather than tackling criminals, Gavel apparently was too sociable and loved greeting strangers. However, what he lacked in crime-fighting ability also happened to make him a perfect companion for the governor of Queensland, Paul de Jersey AC.

“He may have missed out on becoming a Queensland police service dog, but it is abundantly clear that Gavel has the characteristics necessary to adequately fulfill duties as Queensland’s official vice-regal dog,” he wrote.

Those duties include welcoming visitors and tour groups to the province’s government house, according to the BBC.