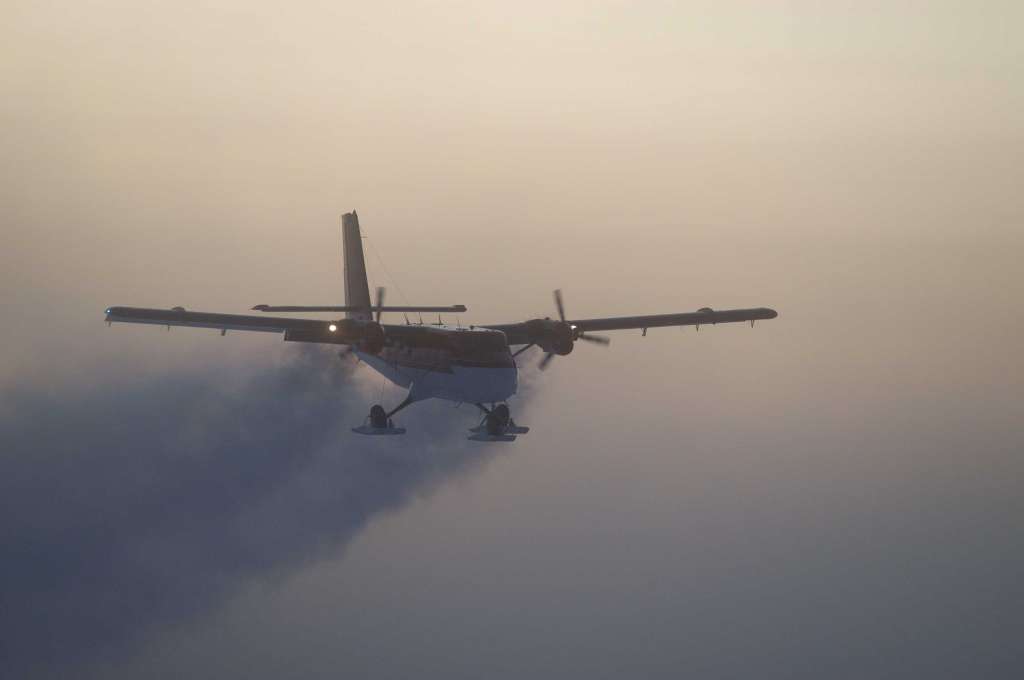 In this 2003 photo, a Twin Otter flies out of the South Pole on a previous medical flight. Photo by Jason Medley, NSF

WASHINGTON (AP) — A daring South Pole medical rescue is underway. An airplane left a British base in Antarctica Tuesday for the 1,500-mile trip to evacuate a sick worker from a U.S. science station.

Athena Dinar, spokeswoman for the British Antarctic Survey, said one of two Twin Otter planes began the trip Tuesday, while the other is still at the Rothera station on the Antarctic peninsula.

The National Science Foundation which runs the South Pole station decided last week to mount the unusual rescue operation because a staffer needed medical care that can’t be provided at the station. The foundation has not identified the individual or the person’s condition but said the worker is an employee of Lockheed Martin, which provides logistical support.