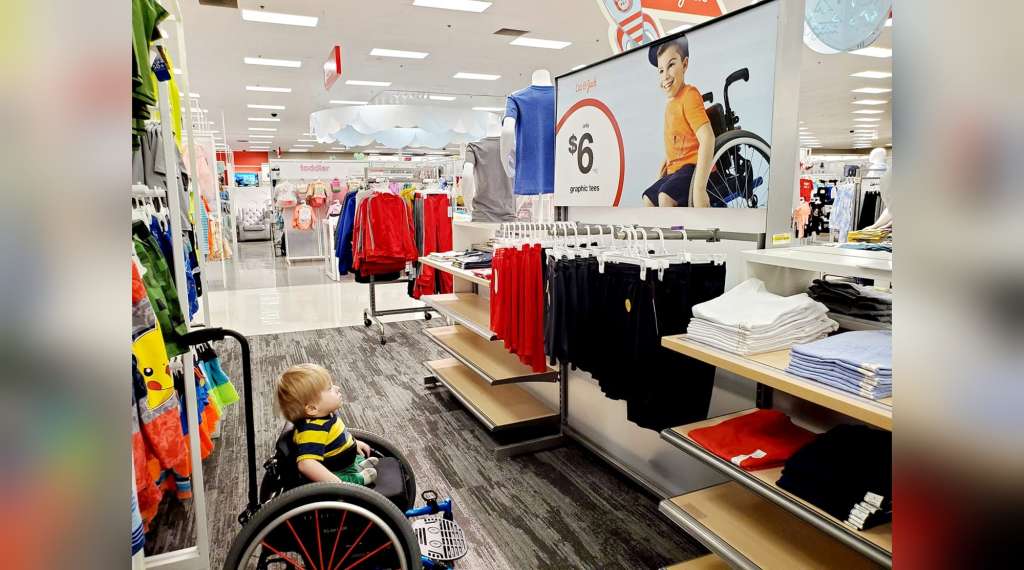 (CNN) — For young Oliver Garza-Pena, the trip to the store was like any other. But then he looked up and saw someone staring back who looked just like him.

Oliver, who turns 2 next month, has caudal regression syndrome. It impairs the development of the lower half of the body and he uses a wheelchair to get around.

During a trip to a Target store in Arizona last week, the young boy came across an advertisement featuring a boy who, like he does, uses a wheelchair.

Thank you Target! 🎯😀👏 Today Oliver stopped me dead in his tracks and turned back around to see this picture that he…

He stared at it in awe.

“I could see the look on his face — he knew that boy was like him,” his mother, Demi Garza Pena, told “Good Morning America.” She said she couldn’t break his gaze.

A photo of the moment was shared to a Facebook page dedicated to Oliver — it’s called Ollie’s World and is run by Garza Pena — where it inspired thousands.

“He just stared at it in awe! He recognized another boy like him, smiling and laughing on a display at Target,” the post said. “Oliver sees kids every day, but he never gets to see kids like him. This was amazing!”

The post has garnered thousands of reactions, and Garza Pena said it even made it back to the boy in the Target ad.

In the meantime, it’s shown the importance of representation in advertising — the post is tagged as #RepresentationMatters — which many praised in the comments.

“Yes! It makes a person using a wheelchair normal and part of our community,” wrote user Chris Hoppe.

Caudal regression syndrome affects 1 to 2.5 of every 100,000 newborns, according to the US National Library of Medicine. Many, like Garza-Pena, use a wheelchair or other aids to move around.

In recent years, an increasing number of institutions have made efforts to become more inclusive toward those living with disabilities — seen in campaign platforms, new technology and even Halloween costumes.