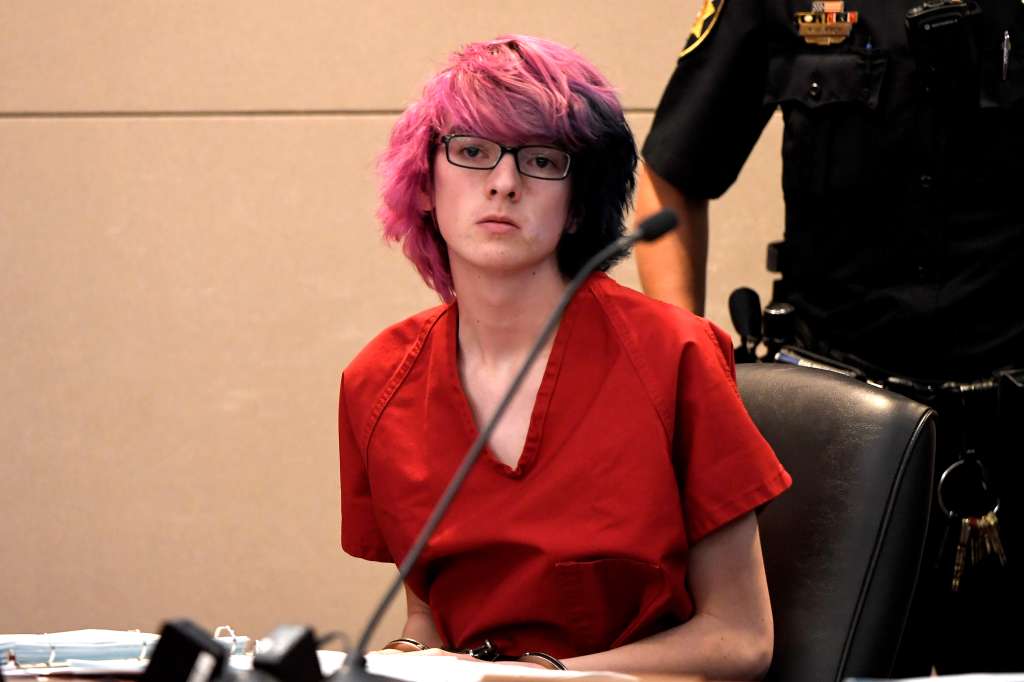 Devon Erickson, seen here in 2019, was sentenced to mandatory life in prison without the possibility of parole on Sept. 17. (Photo by Joe Amon/Pool/Getty Images)

(CNN) — One of the two Colorado STEM school shooters was sentenced to mandatory life in prison without the possibility of parole on Friday.

Devon Erickson, then 18, and Alec McKinney, 16, entered STEM School Highlands Ranch near Denver on May 7, 2019, and opened fire. Kendrick Castillo, an 18-year-old student, was killed and eight people were injured.

Parents recounted how their children would have to live with bullets in their bodies, and one teacher said that after two years she still felt “terror” when she experiences flashbacks or hears loud noises.

Before sentencing, the judge addressed Erickson, now age 20, and said he was manipulative and that Erickson only showed emotion when his family spoke about the things he had before the shooting happened. Slade also said that the victims of the shooting will be forever traumatized by his actions.

Slade offered Erickson an opportunity to speak before the verdict was read which he declined.

Kendrick’s father, John Castillo, called the sentencing “bittersweet” and “cathartic” but said that at the end of the day, both him and his wife Maria return to an empty home.

CNN previously reported that Erickson told investigators that McKinney made him do it and tasked him with guarding an exit and telling everyone not to move. He said he only fired one shot and surrendered the weapon to the three boys who rushed him, among them Castillo.

McKinney pleaded guilty to charges including first-degree murder, attempted murder, and possession of a weapon on school property. He was sentenced to life with the possibility of parole plus 38 years in July 2020, according to a statement from the District Attorney fo the 18th Judicial District.