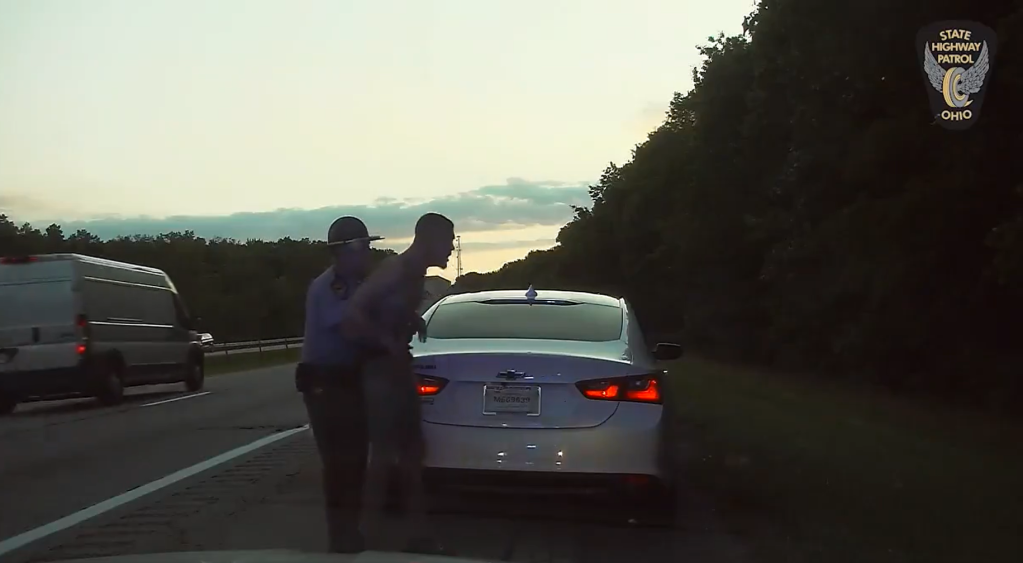 ROOTSTOWN, Ohio (AP) — An Ohio State Highway Patrol trooper successfully performed the Heimlich maneuver after a man allegedly attempted to swallow a bag of cannabis when he was pulled over for speeding.

Trooper Charles Hoskin conducted a traffic stop for a vehicle that was allegedly traveling at 94 mph in a 70-mph zone, WEWS-TV reported.

Dash camera video posted to the Ohio State Police Twitter account shows Hoskin asking if the driver could breathe before helping him out of the car and performing the Heimlich. The man expelled a bag of marijuana and apologized to the officer.

After the man recovered, Hoskins asked, “Do you want to die over a minor misdemeanor?”

The man received citations for speeding and failing to wear a seatbelt, according to Santiago. The man also received a summons for marijuana and was released at the scene.