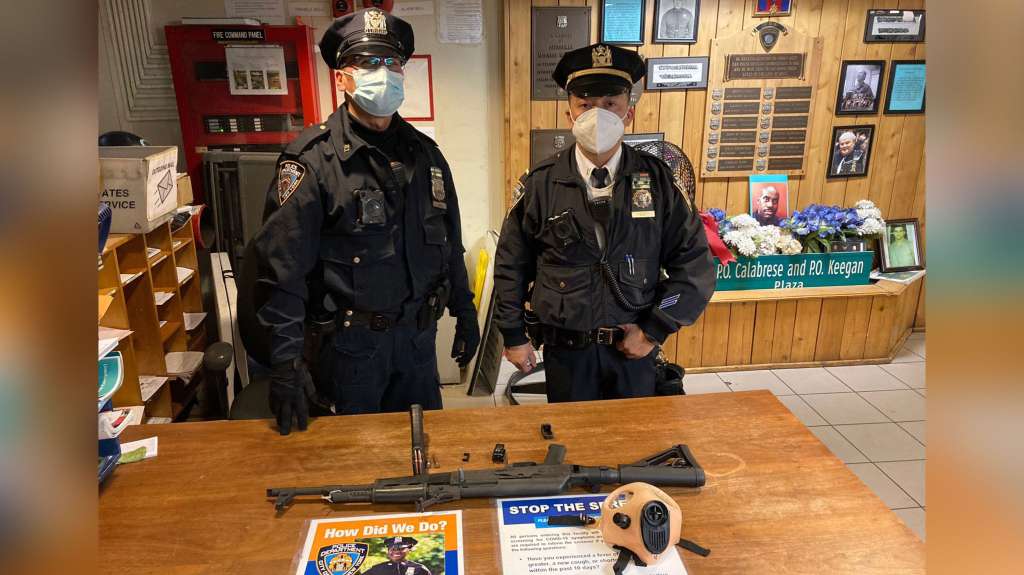 (CNN) — An 18-year-old from Ohio is facing weapons charges after officers patrolling a Times Square subway station on Friday found him with an AK-47 and a loaded magazine, police said.

Teague was sitting down while charging his phone at the subway station, and had the unloaded AK-47 in front of him, a law enforcement source with direct knowledge of the situation told CNN on condition of anonymity. The teen also had a gas mask with him, the source said.

Police have not said why the teen had the weapon and loaded magazine.

“This story could’ve had a tragically different ending, but thanks to these diligent cops it ends with the suspect in handcuffs,” Shea tweeted Friday.

Teague also was charged with criminal use of drug paraphernalia in the second degree, Detective Annette Shelton said.

CNN was unable to identify an attorney for Teague but reached out to the Legal Aid Society to see if it is representing him. Teague may not have been assigned an attorney yet because the arrest is so recent, Red Haskins of Legal Aid told CNN.

CNN has sought comment from Teague’s family in Ohio and the Manhattan district attorney’s office.