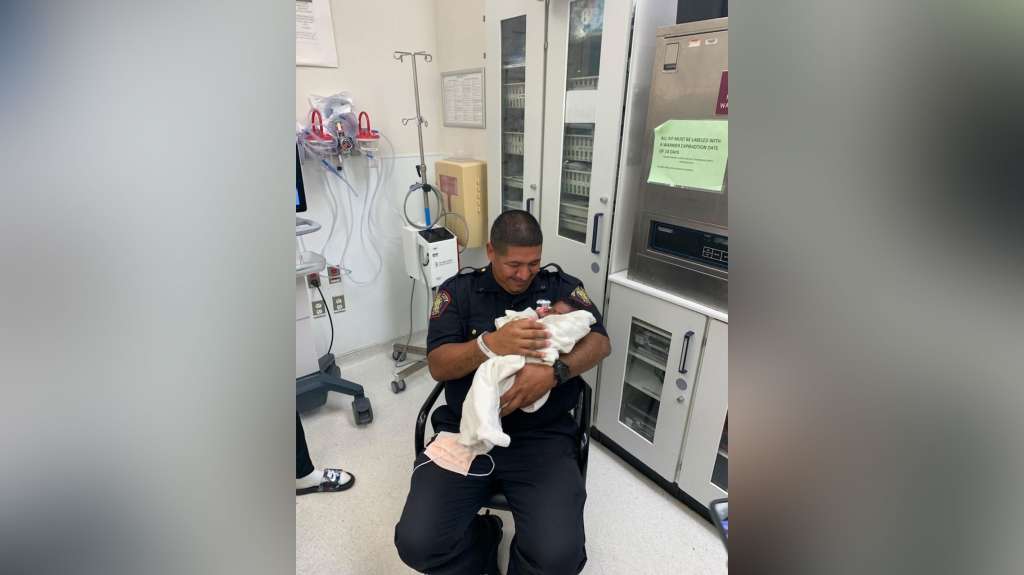 A police officer caught a baby dropped from a second floor balcony in Jersey City, NJ on Saturday, according to the Hudson County Prosecutorís Office.

(CNN) — A police officer caught a 1-month-old baby dropped from a second-floor balcony in Jersey City, New Jersey, on Saturday morning, according to authorities.

Jersey City Police responded to a call of a child in danger and found a man threatening to throw the baby from the second story of the building, Mayor Steven Fulop said in an Instagram post.

Officers set up a perimeter to negotiate, but “eventually the man did throw the one-month-old baby from the second story of the building,” the mayor said.

The prosecutor’s office also praised Officer Joseph Casey and Incident Commander Capt. Michael McKerry for their “actions and bravery” responding to the incident.

The man was arrested, and the investigation is ongoing, said Jersey City spokesperson Kimberly Wallace-Scalcione. The suspect was charged with attempted murder, aggravated assault and endangering the welfare of a child, she said.

The baby was taken to a local hospital as a precaution and was later discharged, she said.

Jersey City posted a photo of Matute holding the baby at a hospital and praised the police department’s work.

“JCPD officers went above and beyond the call of duty once again, saving the life of a 1 month old baby under extremely stressful circumstances today. Thank you to all of our #JCPD officers for your service,” the city wrote.