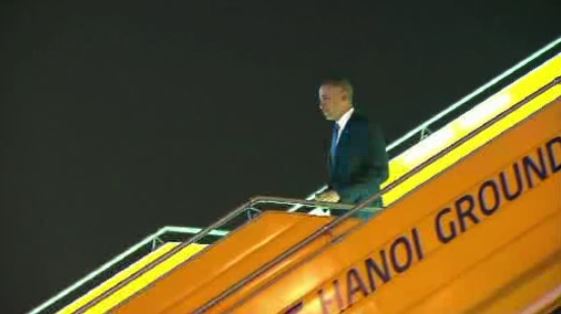 Obama often incorporates a question-and-answer session with young leaders into his foreign trips. He is meeting with participants in the Young Southeast Asian Leaders Initiative. The initiative targets adults under the age of 35 in a variety of educational and cultural exchanges.

After the event, Obama is scheduled to fly to Japan as part of a trip that will include the first visit to Hiroshima since the end of World War II by a sitting U.S. president.

“A different future is possible when we refuse to be prisoners of the past”-@POTUS in #Vietnamhttps://t.co/SDldDf5H7c