‘Not your everyday arrest’: Police relocate alligator after it turns up outside South Carolina school 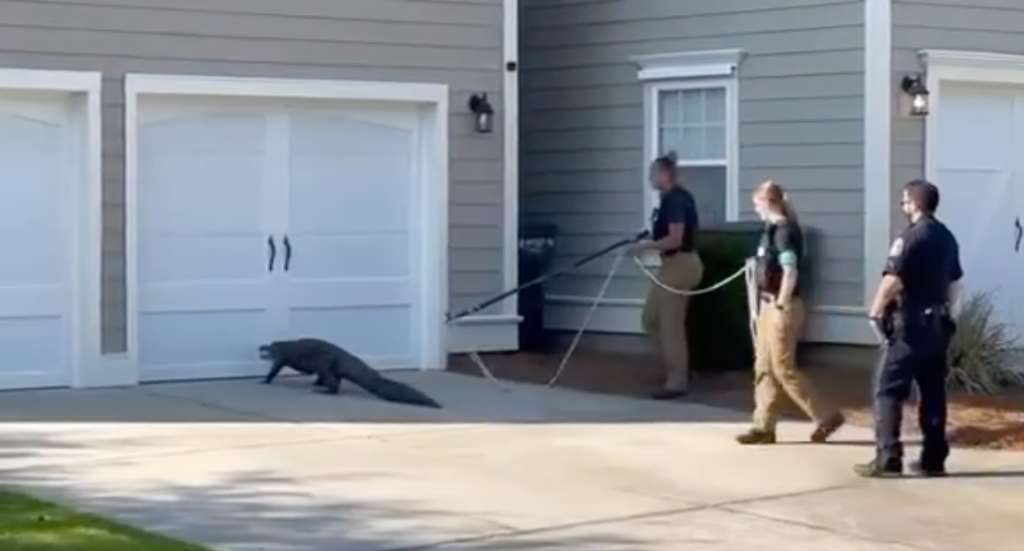 (CNN) — An apparently studious alligator had to be relocated after it was found wandering around an elementary school in Charleston, South Carolina.

Concerned passersby called police after observing the alligator on Tuesday, according to Charleston’s Animal Control Supervisor, Courtney Bayles. The 6-foot reptile was spotted walking in roadways and through residents’ yards before making its way to the elementary school.

Bayles noted that when possible, officers will guide alligators to the nearest pond. But in this case, there was no pond immediately nearby. So her team captured the reptile, loaded it onto their truck and took it a pond further up the road.

A video posted to the City of Charleston Police Department’s Facebook shows Bayles and another officer jumping onto the alligator’s back and taping its mouth shut. Bayles told CNN that these captures require careful maneuvering to make sure no one is injured.

Officers responding to alligator calls need to “watch out for the teeth and the tail — the tail sometimes causes more injuries because we forget about the teeth, but the tail is super powerful,” she explained.

Early spring and summer is prime time for alligator encounters, according to Bayles. That’s because this is the animals’ mating season, so “males go looking for females, moving to different ponds.”

“They get confused,” she said. “We’ve built up neighborhoods all around their environment, their habitat.”

During this time of the year, their department receives as many as one alligator-related call a day, said Bayles. They prioritize moving the alligators to secluded areas “so they can peacefully live with as little harassment and interaction with people as possible.”

Commenting on the attention the video of her team capturing the gator has received, Bayles told CNN that she has “loved the opportunity to talk to people and bring awareness to the fact that we have to coexist with these guys.”

“We have to share the earth,” she said. “I’ve loved the opportunity to educate.”

The department also lauded the staff’s response to the misguided gator.

“Not your everyday arrest!” wrote the department on Facebook. “Our team showed no fear and got the job done! You never know what you’ll encounter as an Officer!”

Alligators make their homes across South Carolina’s coastal marshlands, according to the South Carolina Department of Natural Resources. It is against the law to feed or harass alligators in the state.