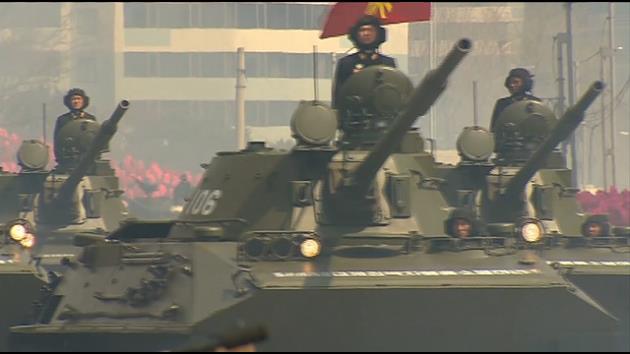 SEOUL, South Korea (AP) — North Korea on Friday presented to media a man it alleges is a South Korean spy who tried to enter the North to kidnap children.

During a Pyongyang news conference attended by The Associated Press and other foreign media, detainee Ko Hyon Chol said he apologized for a crime he called “unforgivable.”

North Korea often arranges news conferences for foreign detainees during which they read statements to acknowledge their wrongdoing and praise the North’s political system. Many detainees have said after their releases that they were coached or coerced on what to say.

Seoul’s Unification Ministry quickly criticized North Korea for using a South Korean national for what it calls propaganda and demanded his release. The National Intelligence Service, South Korea’s main spy agency, said it has no relations with Ko’s case.

It wasn’t immediately known whether and when he’ll be put on trial.

North Korea is currently detaining at least three other South Koreans, two Americans and one Canadian for alleged espionage, subversion and other anti-state activities. Outside analysts say North Korea often attempts to use foreign detainees to wrest outside concessions.

In early May, South Korea instructed its foreign embassies to take extra precautions against possible North Korean attempts to kidnap or attack South Koreans abroad. The instruction was issued in response to North Korea’s threat to retaliate for April’s group defection by 13 North Koreans, who Pyongyang says were kidnapped by South Korean spies while working at a North Korea-owned restaurant in China. Seoul officials have said the 13 people chose of their own will to come to South Korea.

The two Koreas are divided along the world’s most heavily fortified border since the end of the 1950-53 Korean War. Their animosities have deepened this year as North Korea has continued weapons tests including a fourth nuclear test explosion in January.