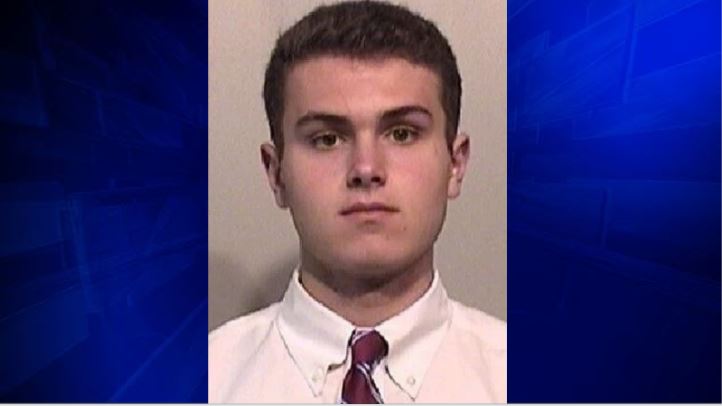 (CNN) — A man who pleaded guilty to the rape and sexual assault of four teenage girls will avoid prison time after a New York state judge said time behind bars would be inappropriate.

The charges stem from four separate incidents in 2017 and 2018 in Lewiston, New York, the documents state. He and the victims were all under 18 at the time.

Belter was placed on interim probation for two years with limits on his internet use and access to pornography, the documents state.

But he violated the terms of his probation, according to court documents. Judge Matthew J. Murphy denied him Youthful Offender status and ruled he’d be sentenced as an adult, the documents state.

Last Tuesday, Judge Murphy issued a sentence of eight years of probation and ruled Belter must register as a sex offender — but said prison time would be inappropriate.

“I agonized. I’m not ashamed that to say that I actually prayed over what is the appropriate sentence in this case because there was great pain. There was great harm. There were multiple crimes committed in the case,” Judge Murphy said, according to CNN affiliate WKBW. “It seems to me that a sentence that involves incarceration or partial incarceration isn’t appropriate, so I am going to sentence you to probation.”

An order of protection was also issued on the first charge.

The lighter-than-expected punishment for Belter bears similarities to criticism lobbied against the sexual assault case of Brock Turner, the Stanford University student who was sentenced to six months in prison by Judge Aaron Persky for raping an adult woman. Voters in Santa Clara County, California, later recalled Persky due to outrage over the sentence.

Judge Murphy is set to retire next month at the state’s mandatory retirement age of 70, according to WKBW.

Belter’s attorney Barry Covert declined to comment. Prior to the sentencing, Belter read a statement to the victims in the case.

“Through treatment and reflection, I’ve come to feel deep shame and regret for my actions. None of you deserved to be in this situation,” he said. “I hope each of you could close that wound I gashed.”

“I know though, that a scar will remain that will serve as a reminder of the evil of that night,” he added.

One of Belter’s victims spoke about the incident in a court hearing. The girl, identified as M.M., was 16 in August 2018 when Belter raped her and “told her to stop being such a baby,” court documents state. She told the court she focused on a plant in his room “as she cried during the attack.”

“I wish I would have had a louder voice at the beginning of all of this. Maybe I could have done more. That 16-year-old girl trusted a bit too much that justice would have been served. She worried that if she spoke up louder, she would get hurt even worse and hurt other people along the way. She had just assumed that all rapists go to jail. She missed out on opportunities to speak up that she wasn’t even aware of. Let the People do their jobs, right,” she told the court.

“But today I am older. Today I know that I am able to speak up for myself without interference, without people telling me what to say and what not to say. So I stand before you now asking you to not let this be the end, to not let this rapist walk away from two years’ probation with a clean slate. I am asking you because you have the ability to save future girls. You have the ability to either put this fire out or to let it continue burning.”

Steve Cohen, an attorney for one of Belter’s victims, said his client was deeply disappointed in the sentence and vomited in the bathroom afterward.

M.M. told WKBW she was “disgusted” by the sentencing.

“The judge had the opportunity to put out the fire but he chose to let it keep burning,” she said. “I didn’t expect to be as emotional as I was, but I just broke down.”

“Based on the seriousness of these crimes, the very powerful and emotional statements of the victims and the fact that Christopher Belter was already given a shot at interim probation and failed, my office has been very clear that we believed a prison sentence was entirely appropriate in this case,” he said.

‘It’s a miscarriage of justice,’ another victim says

Jane Doe, a 19-year-old college student who was assaulted by Belter in 2017, told CNN that she was in a state of disbelief when her dad called her to tell her the news.

“I kind of just went silent,” she said. “He asked me if I could hear him. I just couldn’t believe it. After he had been talking to me for awhile I kind of absorbed what he was saying, and I started to get sick.”

When asked about why she thinks Judge Murphy made the decision he did, Doe said that she doesn’t know because the decision doesn’t make any sense to her.

“My perspective legally is that I don’t really have an answer, I feel like I was misrepresented and it’s a miscarriage of justice. In my heart, unfortunately, I think he (Judge Murphy) empathized with Christopher, and that is a really sick idea to have to imagine.”

Doe was especially disheartened when she heard in media reports that Murphy said he prayed on the decision, and that as a lifelong Christian she has “trouble believing that they pray to the same God.”

“To know that someone used God’s name to rationalize such a sick decision was heartbreaking to me, that somehow Judge Murphy’s decision he made was appropriate because he prayed,” she said.

After her experience with this case over the last few years, she said that she feels the criminal justice system is “beyond corrupt,” and that she is not protected by the laws that currently exist. Most of all, she feels that these laws mean nothing to privileged people who are able to manipulate and abuse the system for their benefit.