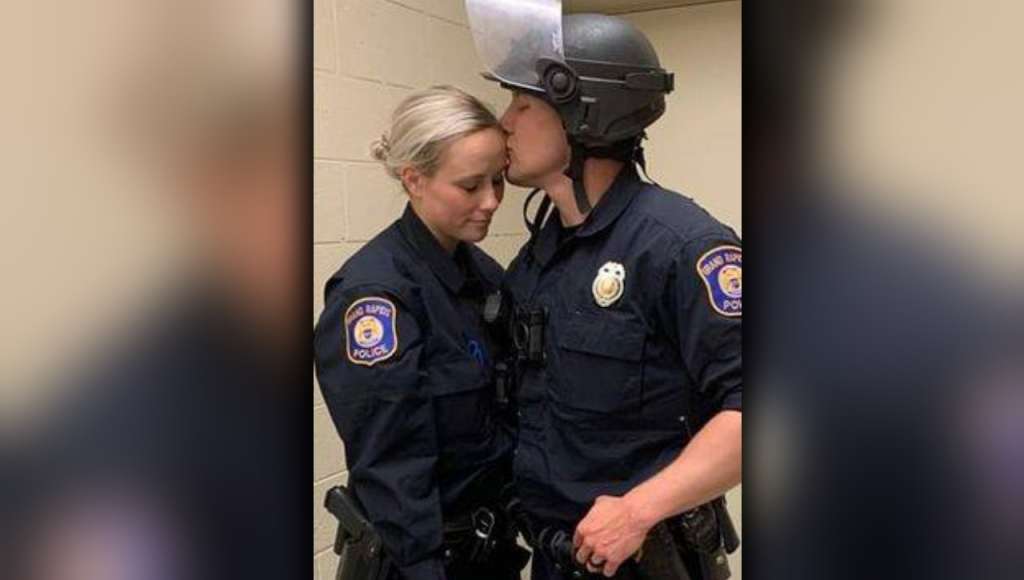 GRAND RAPIDS, MI. (WSVN) — Two newlywed officers are being praised by their department for heading back to work less than 18 hours after getting married.

The Grand Rapids Police Department posted on Facebook their recognition to Cole Hoyer and Kelly Momber for stepping in to serve the department so quickly.

According to GRPD, riots broke out in downtown Grand Rapids on their wedding night and many of the guests, who were police officers, were called into duty shortly after the ceremony on May 30.

The newlyweds joined their brothers in blue the next day, less than 18 hours after they were married.

Department officials said the two officers met on duty and thanked them for their loyalty to serve the community.