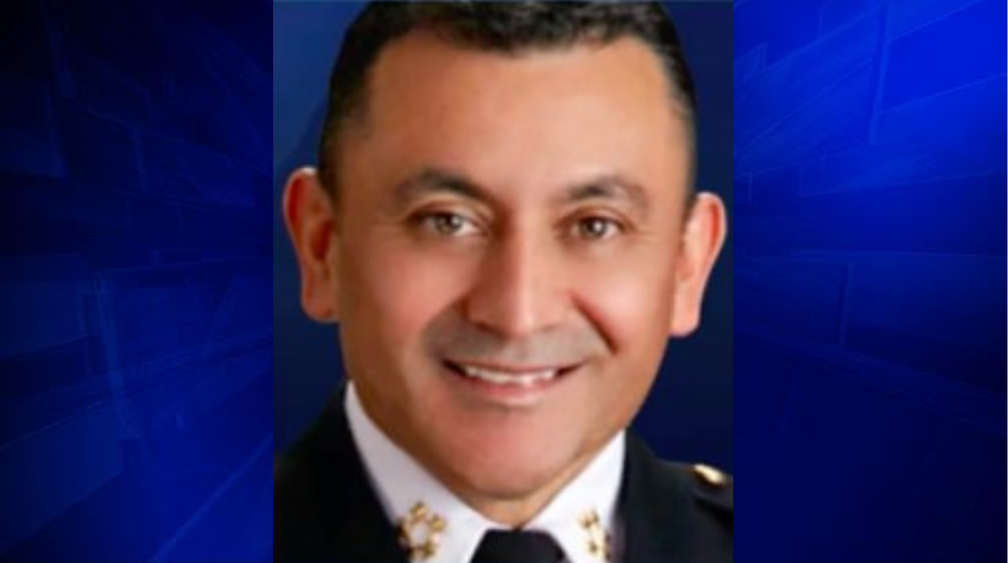 ALBUQUERQUE, N.M (AP) — A New Mexico sheriff who is running for mayor of Albuquerque was interrupted while on stage at a campaign event by a flying drone with a sex toy attached to it and a man who punched him.

Bernalillo County Sheriff Manuel Gonzales’ campaign said the Democrat was unharmed and “will not be intimidated.”

The Albuquerque Journal reported that a video posted on Facebook shows Gonzales answering questions from the audience while standing on a stage at an events center when the drone bearing the sex toy started buzzing near the stage.

A sheriff’s office report said the owner of the event center grabbed the device and that 20-year-old Kaelan Ashby Dreyer unsuccessfully tried to grab it.

The report said Dreyer then turned his attention to Gonzales, swinging his fist and calling him a “tyrant.” A deputy wrote that Dreyer punched Gonzales’ hands and was then removed from the event by deputies.

Gonzales said at a news conference on Wednesday that he believed Dreyer was with several companions and spotted someone standing on the other side of a fence who he believes was flying the drone.

“It became so distracting from the sound and everything I couldn’t really get my point across,” Gonzales said.

Dreyer has been charged with petty misdemeanor battery and misdemeanor resisting, evading or obstructing an officer. According to a deputy in the report, Dreyer said that he did not intend to hit Gonzales but was upset at the way Gonzales answered a question and intended to swing his fist through the air.

Gonzales suggested Wednesday that the stunt with the drone may have been sent by the rival campaign of incumbent Mayor Tim Keller, also a Democrat.

Keller’s campaign condemned the stunt as “disruptive, rude and immature” and denied any involvement.

“To suggest we were behind it is pathetic and the kind of desperation that has marked Manny’s troubled campaign,” Keller campaign manager Neri Holguin said.

Dreyer denied to the Albuquerque Journal that he was working for Keller’s campaign and said he’s not a fan of the incumbent either. He declined to comment further.

Dreyer did not have a listed phone number where he could be reached by The Associated Press to comment or a listed attorney in court records to comment on his behalf.