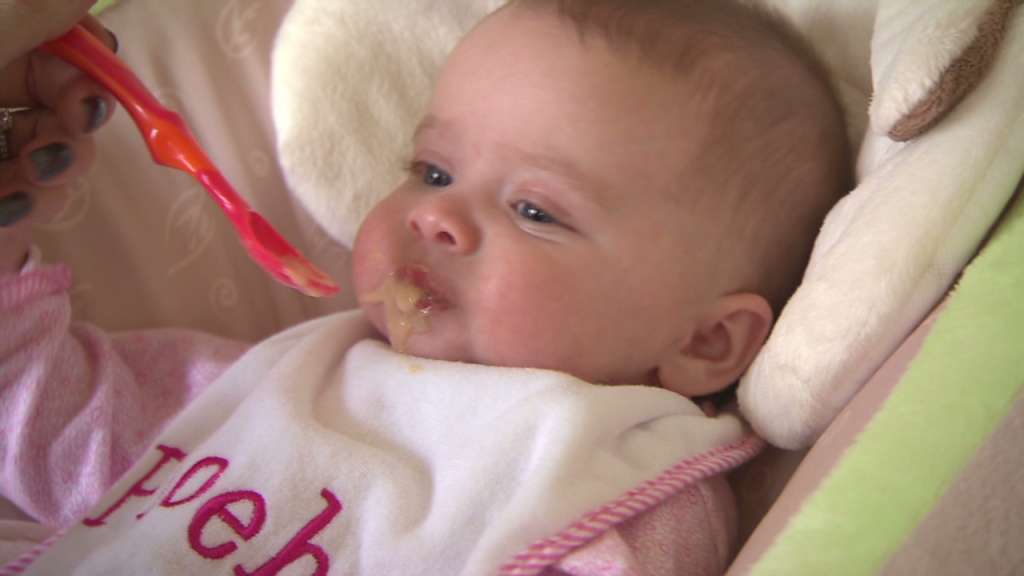 (CNN) — US lawmakers announced they will propose a new bill to limit the amount of heavy metals contained in baby food after a congressional investigation found that food manufacturers had knowingly sold baby food to parents that contained dangerous levels of lead, mercury, arsenic and cadmium.

All of these heavy metals have been linked to cancer, chronic disease and neurotoxic effects, but it’s the damage that can be done to a developing baby’s brain that makes baby food toxicity a critical concern.

“Their brain is forming rapidly, and so when they’re exposed to metals that can interrupt those natural processes, the impacts range from behavioral problems to aggression to IQ loss and all kinds of cognitive and behavioral deficits that can persist throughout life,” Houlihan told CNN in a February interview.

Much lower limits on heavy metals

The new legislation would then require the US secretary of health and human services to lower the levels even more within two years, set regulations in place within three years, and then review the regulatory limits every five years to consider whether they “should be lowered further.”

The secretary could also recall infant and toddler food — defined as up to 36 months of age — if it is determined to contain toxic heavy metals above the new regulatory limits.

Since many of these metals are in the earth in which crops are grown, the bill also earmarks $50 million for the National Academy of Sciences to research agricultural ways to minimize heavy metals. In addition, the bill would also require the US Centers for Disease Control and Prevention to implement a campaign to educate parents and others on the dangers of heavy metals.

Baby food manufacturers would also be required to “make publicly available on a webpage a biannual report summarizing the results of monitoring … with respect to such facility and infant and toddler foods,” according to the legislation to be proposed.

Reaction to the bill by advocacy groups was positive.

“Right now, it’s the food companies, not the FDA, who decide whether our food is safe. That’s ridiculous,” said Scott Faber, senior vice president for government affairs for the Environmental Working Group, a non-profit environmental and consumer advocacy organization, in a statement.

“Thanks to the Baby Food Safety Act, food companies will finally have to meet tough standards that will protect our families,” Faber said.

“It’s not just a piece of legislation. It’s a solution to a problem that parents can’t solve without the government’s help,” said Charlotte Brody, national director for Healthy Babies Bright Futures, in a statement.

Healthy Babies Bright Futures published a report in 2019 that found toxic metals in 95% of the baby foods randomly pulled off supermarket shelves and tested.

The US Food and Drug Administration has not yet set minimum levels for heavy metals in most infant food. The agency did set a standard of 100 parts per billion inorganic arsenic for infant rice cereal, but even that level is considered much too high for baby’s safety, critics say, especially since the FDA had already set a much lower standard of 10 parts per billion of inorganic arsenic for bottled water.

Using internal company documents, an investigation by the House Subcommittee on Economic and Consumer Policy released in February found levels of heavy metals in baby food far above limits set for bottled water by the FDA and the US Environmental Protection Agency.

The spreadsheets provided by manufacturers were “shocking” because they showed evidence that some baby foods contain hundreds of parts per billion of dangerous metals, said Krishnamoorthi, chair of the House Subcommittee on Economic and Consumer Policy, which conducted the investigation.

“Yet we know that in a lot of cases, we should not have anything more than single digit parts per billion of any of these metals in any of our foods,” Krishnamoorthi told CNN when the report was released in early February.

The documents showed that ingredients in certain baby food products contained up to 91 times the inorganic arsenic level, up to 177 times the lead level, up to 69 times the cadmium level, and up to five times the mercury level allowed in bottled water, the report said, yet the companies still approved those products for sale.

Whether the baby food was organic or not did not matter, the subcommittee found — levels of toxic metals were still high.

Until the legislation is passed and regulatory requirements are in place, parents can take action to reduce their child’s exposure to heavy metals.

There are also better choices for toddler snacks than rice puffs or even the ubiquitous round cereal so frequently given as a finger food, which showed up on the Healthy Babies neurotoxic list.

“We’re recommending other snacks like apples and bananas, cheese, grapes, peaches and yogurt,” Houlihan told CNN in a prior interview.

Feed a variety of foods. The American Academy of Pediatrics recommends feeding baby a variety of healthy foods. Focusing on one food at a time is one reason exposures add up dangerously for infants.

Avoid juice. Apple, grape and other juices are a significant source of heavy metals for children, not because the levels are as high as rice products, Houlihan said, but because children drink so much juice.

By replacing juice with tap water, Houlihan said, a parent can reduce a child’s exposure to toxic metals by 68%.

Prepare carefully. Carrots and sweet potatoes are on the list of foods most contaminated, according to the Healthy Babies report. By replacing those with a variety of vegetables, a parent can reduce their baby’s risk by 73%, the analysis found.