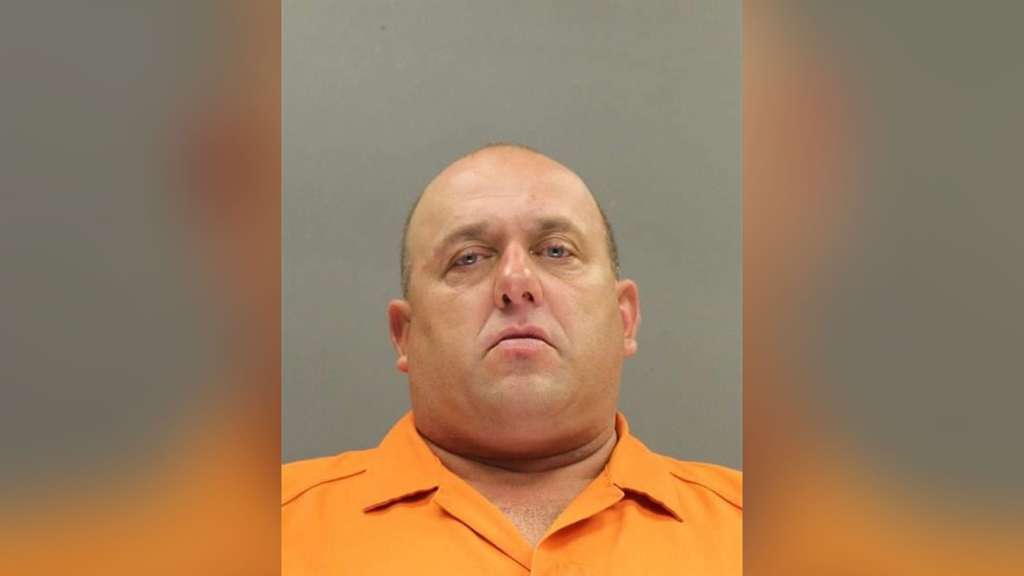 (CNN) — A New Jersey man arrested in July after a video showed him shouting racial slurs at a neighbor has been charged “with leaving a threatening note on one of his victim’s cars earlier this year,” as well as vandalizing the victim’s vehicle, according to a news release from the Burlington County Prosecutor’s Office.

Edward Cagney Mathews, 45, was served with charges of bias intimidation in the fourth degree and harassment at Burlington County Jail, where he’s been since his July 5 arrest, according to the news release.

This most recent charge against Mathews was filed after the FBI performed a handwriting analysis on the note left on a neighbor’s vehicle in January, the prosecutor’s office said. The analysis revealed Mathews wrote the note and had smeared feces on the vehicle, it said.

CNN has not been able to reach Mathews’ attorney.

An investigation following Mathews’ July arrest by the Burlington County Prosecutor’s Office and the Mount Laurel Police Department has resulted in 22 charges against him since July 2, including bias intimidation, harassment, criminal mischief, possession of a weapon for an unlawful purpose and stalking, according to the prosecutor’s office.

The charges are pending presentation to a grand jury for possible indictment, the office said in the news release.

An independent investigation shows 6 years’ worth of complaints, some racially charged

The Burlington County Prosecutor’s Office conducted an independent review in response to allegations that the Mount Laurel Police Department showed favoritism to Mathews, because many complaints had been made against him dating back to 2016 and no charges were filed. The prosecutor’s office released the results in a 25-page report Tuesday.

The office reviewed police reports from at least 40 complaints naming Mathews as a subject from 2016 to 2021, in which all of the victims of his alleged conduct were neighbors who are minorities, according to the report.

There were at least 28 complaints made by residents of Essex Place, the neighborhood Mathews moved to in 2019, in the 14 months between April 26, 2020, and July 4, 2021, according to the report. Six of the incidents, in which Mathews allegedly targeted Black neighbors, “had some overt racial component to them and in one of them, Mathews self-reported calling his neighbors the n word, ‘monkeys,’ and telling them ‘they don’t belong in this town,'” says the report.

“Whatever grievances he may have genuinely, if misguidedly, held against the Essex Place HOA (homeowners’ association) board, he was antagonizing them, not the other way around,” read the report. “Moreover, it was only Black board members that Mathews was targeting with verbal and email tirades, and as we have now alleged, with vandalism of their vehicles. Indeed, there was an indication that Mathews intended to drive minority members of the HOA not simply from their board positions, but out of their homes.”

But after speaking to victims and responding officers, and reviewing police reports, the prosecutor’s office “found no indication of favoritism shown toward Mathews, and that neither individual MLPD officers, nor the department as a whole, failed to investigate or were dismissive of the complaints raised by his neighbors,” according to the news release.

“However, the report notes that MLPD generally viewed the complaints raised by Essex Place residents on a case-by-case basis, rather than taking a problem-oriented approach,” read a statement from the prosecutor’s office. “With a broader perspective on the situation in the community, MLPD might have been able to devise an effective solution and brought relief to the residents Mathews had victimized sooner than his July 2 arrest.”

“We’re shocked and frustrated,” said Marcus Sibley, president of the South Burlington County NAACP chapter. “Our question is, if all of these neighbors have said that police could’ve done things better, and now we have 22 charges for this person, how can you tell me they’ve done everything right?”

“This is hate. Our community is dealing with hate and our police aren’t protecting us from the hate,” said Sibley.

The Mount Laurel Police Department had no comment on the report and resulting feedback, and deferred CNN’s questions to the county prosecutor’s office.

The viral video that led to a protest and Mathews’ arrest

In the now-viral video taken in early July, Mathews can be heard shouting racial slurs and offensive language at his Essex Place neighbors, as well as telling police to “get these f**king monkey n***ers out of here.”

The video prompted a protest July 5 — the same day a superior court judge approved a warrant for Mathews’ arrest by the MLPD. Hundreds of people gathered to protest his conduct and remained around Mathews’ residence as the arrest took place, according to police.

Some individuals engaged in criminal conduct during the protest, according to police. Four people were charged Tuesday with alleged crimes that include damaging property, spitting at the police, and discharging pepperspray at the police and Mathews.

Mathews told CNN affiliate WPVI before his arrest that he could not “apologize enough” for his actions. He said he was drunk when the incident occurred.

“There is nothing I’m going to be able to say that’s going to justify me using the words that I used. Whatever I need to do to make it up to the community and the world at this point seeing how big it is understand that I made a mistake,” Mathews told WPVI. “Allow me the ability to move forward just like we all deserve.”