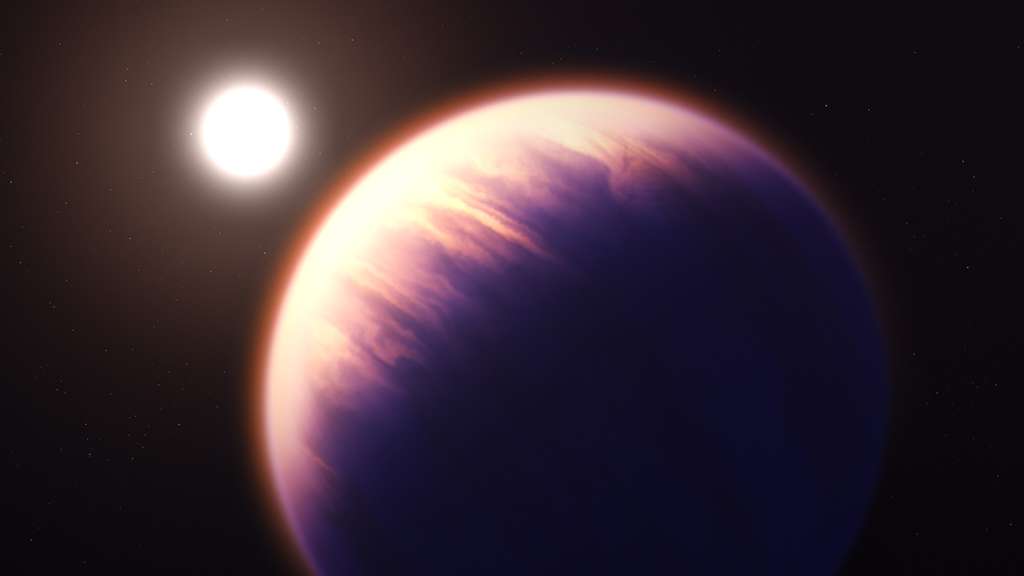 (CNN) — The James Webb Space Telescope has captured a detailed molecular and chemical portrait of a faraway planet’s skies, scoring another first for the exoplanet science community.

WASP-39b, otherwise known as Bocaprins, can be found orbiting a star some 700 light-years away. It is an exoplanet — a planet outside our solar system — as massive as Saturn but much closer to its host star, making for an estimated temperature of 1,600 degrees Fahrenheit (871 degrees Celsius) emitting from its gases, according to NASA. This “hot Saturn” was one of the first exoplanets that the Webb telescope examined when it first began its regular science operations.

The new readings provide a full breakdown of Bocaprins’ atmosphere, including atoms, molecules, cloud formations (which appear to be broken up, rather than a single, uniform blanket as scientists previously expected) and even signs of photochemistry caused by its host star.

“We observed the exoplanet with multiple instruments that, together, provide a broad swath of the infrared spectrum and a panoply of chemical fingerprints inaccessible until (this mission),” said Natalie Batalha, an astronomer at the University of California, Santa Cruz, who contributed to and helped coordinate the new research, in a NASA release. “Data like these are a game changer.”

The atmospheric big picture
The new data provided the first sign in an exoplanet’s atmosphere of sulfur dioxide, a molecule produced from chemical reactions triggered by the planet’s host star and its high-energy light. On Earth, the atmosphere’s protective ozone layer is created in a similar way from heat and sunlight in a photochemical reaction.

Bocaprins’ close proximity to its host star makes it an ideal subject for studying such star-planet connections. The planet is eight times closer to its host star than Mercury is to our sun.

“This is the first time we have seen concrete evidence of photochemistry — chemical reactions initiated by energetic stellar light — on exoplanets,” said Shang-Min Tsai, a researcher at the University of Oxford in the United Kingdom, in a NASA release. “I see this as a really promising outlook for advancing our understanding of exoplanet atmospheres.”

Other compounds detected in Bocaprins’ atmosphere include sodium, potassium and water vapor, confirming previous observations made by other space and ground-based telescopes, including the Hubble Space Telescope.

Having such a complete roster of chemical ingredients in an exoplanet atmosphere provides insight into how this planet — and perhaps others — formed. Bocaprins’ diverse chemical inventory suggests that multiple smaller bodies, called planetesimals, had merged to create an eventual goliath of a planet, of similar size to the second-largest planet in our solar system.

“This is just the first out of many exoplanets that are going to be studied in detail by JWST. … We are already getting very exciting results,” Nestor Espinoza, an astronomer at the Space Telescope Science Institute, told CNN. “This is just the beginning.”

The findings are favorable for suggesting the capability of Webb’s instruments to conduct investigations on exoplanets. By revealing a detailed descriptor of an exoplanet’s atmosphere, the telescope has performed beyond scientists’ expectations and promises a new phase of exploration on the broad variety of exoplanets in the galaxy, according to NASA.

“We are going to be able to see the big picture of exoplanet atmospheres,” said Laura Flagg, a researcher at Cornell University and a member of the international team that analyzed data from Webb, in a statement. “It is incredibly exciting to know that everything is going to be rewritten. That is one of the best parts of being a scientist.”