NASA will launch mission to an unexplored world in 2022 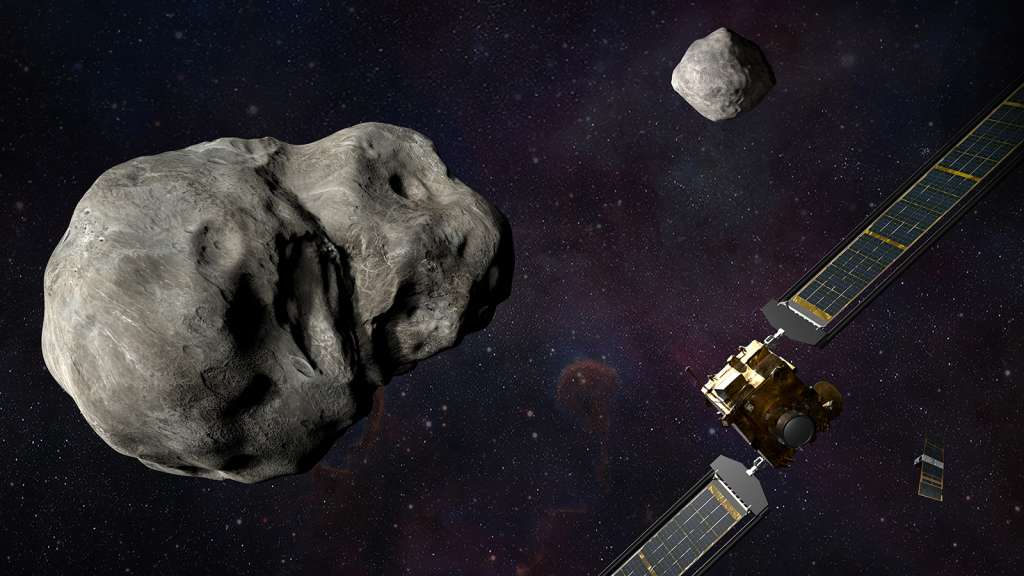 (CNN) — Some of the most exciting space missions are ready to kick off in 2022.

This year, expect the first images and science results from the recently launched James Webb Space Telescope, see a new mission launch to study an unexplored world and watch a NASA spacecraft deliberately crash into an asteroid’s moon.

The wealth of space missions launched in 2021 guarantee a year filled with new findings from across the solar system — and beyond.

Several countries are planning for 2022 to be the year they send robotic explorers to the moon — while planning ahead for the return of humans to the lunar surface in the future.

Here’s what to expect from our exploration of space in 2022.

Mars was a hotspot in 2021, with three missions from separate countries arriving on the red planet early in the year, and the interest in the fourth planet from the sun is only heating up.

Prepare for inspiring new flights by NASA’s Ingenuity helicopter, which is still going strong beyond its expected life span, and the beginning of the Perseverance rover’s investigation of the intriguing remains of an ancient river delta on Mars beginning in the summer. Samples collected there could reveal if organic molecules associated with signs of life, or even microfossils, are present on Mars.

Another robotic explorer will also touch down on the red planet. Europe’s first planetary rover is ready to launch.

The ExoMars Rosalind Franklin rover, a joint venture between the European Space Agency and Russian space agency Roscosmos, is expected to lift off in September. It was initially scheduled for launch in July 2020, but the agencies cited concerns over coronavirus and spacecraft component readiness.

The larger ExoMars program includes the Trace Gas Orbiter, which was launched to Mars in 2016 and has been sending back scientific data. The Trace Gas Orbiter will also relay information gathered by the rover after it lands on Mars.

Once the ExoMars rover launches in September from Baikonur, Kazakhstan, it will spend nine months cruising through space before reaching Mars on June 10, 2023. The rover will land at Oxia Planum, an area just north of the Martian equator. Oxia Planum is an area containing layers of clay-rich minerals formed in wet conditions 4 billion years ago.

The mission is intended to search for life on Mars and investigate its history of water. The rover has the capability to drill beneath the surface of Mars to a depth of 6.5 feet (2 meters), where the scientists hope they may find signs of life.

Across the solar system

Prepare for more stunning images from NASA’s Juno mission, which has been orbiting Jupiter since 2016. During its extended mission, the spacecraft is moving on to observe some of Jupiter’s 79 moons. It will make a close sweep by one of its most captivating moons, Europa, in September.

Europa intrigues scientists because a global ocean is located beneath its ice shell and it could support life. Occasionally, plumes eject from holes in the ice out into space. Juno may observe those plumes in action.

Expect the first images and scientific data from the James Webb Space Telescope in June and July. The telescope is on a quest to peer inside the atmospheres of exoplanets and look deeper into the universe than ever before.

NASA will launch the Psyche spacecraft in August, sending it on a four-year journey to an unexplored potato-shaped world in the main asteroid belt between Mars and Jupiter. The mission will study a metal-rich asteroid that only appears as a fuzzy blur to ground and space-based telescopes.

The unusual object may be a leftover metal core from a planet or a piece of primordial material that never melted, according to NASA. Psyche may help astronomers learn more about the formation of our solar system.

In September, prepare for another first as NASA deliberately crashes the DART spacecraft into an asteroid’s moon to alter the motion of a near-Earth asteroid.

The Double Asteroid Redirection Test will target Dimorphos, a small moon orbiting the near-Earth asteroid Didymos. This will be the agency’s first full-scale demonstration of this type of technology on behalf of planetary defense. Although this asteroid and its moon pose no threat to Earth, it’s a good way to test asteroid deflection technology.

The collision will be recorded by LICIACube, or Light Italian Cubesat for Imaging of Asteroids, a companion cube satellite provided by the Italian Space Agency. Three minutes after the impact, the CubeSat will fly by Dimorphos to capture images and video.

The video of the impact will be streamed back to Earth, which should be “pretty exciting,” said Elena Adams, DART mission systems engineer at the Johns Hopkins Applied Physics Laboratory.

Eyes on the moon

In 2022, everyone is looking to send robots to the moon.

The Indian Space Research Organisation will send its Chandrayaan-3 spacecraft on a lunar mission in 2022.

The first Chandrayaan mission launched in October 2008 as India’s first uncrewed lunar spacecraft. The orbiter “played a crucial role in the discovery of water molecules” on the moon, according to NASA. Although it went quiet in 2009, NASA was able to detect the spacecraft’s location in 2017.

In 2019, the ISRO sought to land Chandrayaan-2 near the lunar south pole, but it crashed shortly after teams lost contact with the lander. NASA later found the impact site and debris field created by the crash.

However, the orbiter for that mission has remained safe as it continues to circle the moon, and it will be used as a communications relay for Chandrayaan-3. The mission will include a lunar lander and rover similar to that of Chandrayaan-2.

The Japan Aerospace Exploration Agency is expected to launch SLIM, or the Smart Lander for Investigating Moon mission, in 2022.

The small spacecraft will be used to demonstrate accurate lunar landing techniques to provide the foundation for future moon exploration missions, according to the agency. It will also return a lunar sample to Earth.

Russia is also pressing on with its Luna-25 mission in 2022, set to be the first Russian lunar mission since 1976. It will land near the lunar south pole at the Boguslavsky crater, carrying scientific instruments and cameras to study its surroundings.

In 2022, China will put the finishing touches on its space station, and NASA and Roscosmos crews will continue coming and going from the International Space Station. The European Space Agency will also announce its new class of astronauts in November.

India is preparing to launch the country’s first astronauts into space in 2023, so this year the Indian Space Research Organisation will launch the first two uncrewed Gaganyaan missions to test out the vehicle capabilities.

Meanwhile, 2022 is expected to be a stress test for NASA’s Artemis program, which will land the first woman and first person of color on the moon in 2025.

In January, the stacked spacecraft and rocket will go through the final test, called a wet dress rehearsal, which includes running through the full set of operations to load propellant into the fuel tanks and a launch countdown — basically everything necessary for a launch without actually launching.

The launch of Artemis I, an uncrewed mission serving as the first step of the ambitious program, will likely lift off in March or April.

During the flight, the Orion spacecraft will launch atop the SLS rocket to reach the moon and travel thousands of miles beyond it — father than any spacecraft intended to carry humans has ever traveled. This mission is expected to last for a few weeks and will end with Orion splashing down in the Pacific Ocean.