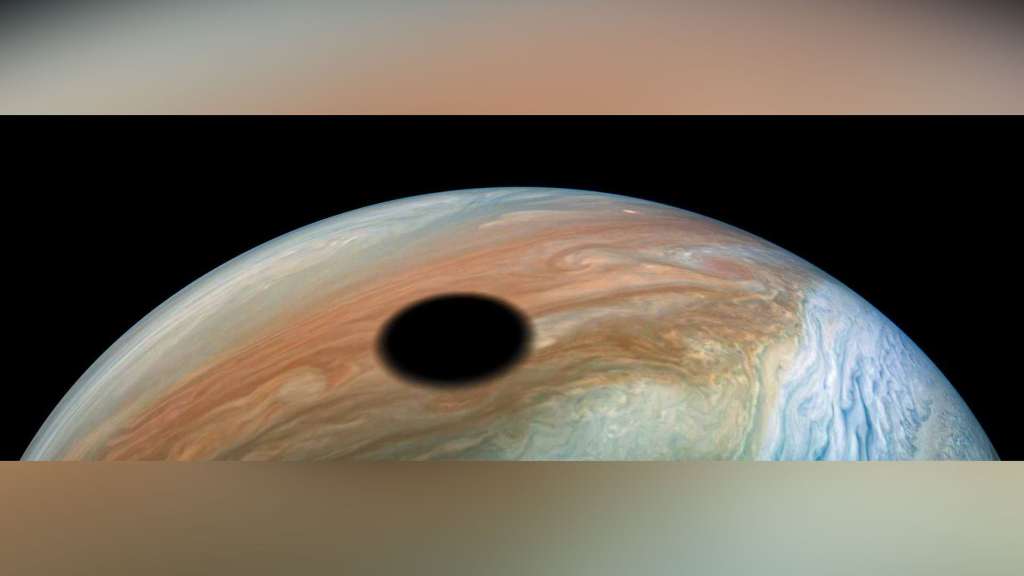 (CNN) — A NASA space mission found a large black spot on Jupiter, and it isn’t what you think.

Could it be a heretofore unseen phenomenon, or someone’s idea of a prank on the scientists?

Neither is true, according to NASA.

The shadow is from Jupiter’s volcanically active moon, lo, eclipsing the sun, just like our moon does on Earth. NASA said the spot measured 2,200 miles wide — roughly the distance between New York City and Las Vegas, Nevada.

Jupiter, the largest planet in the solar system, has several moons that frequently eclipse the sun because of Jupiter’s size and the fact that the planet is not “highly tilted” compared to its orbit, according to NASA.

The photo was taken by NASA’s solar-powered spacecraft Juno on September 11 during its 22nd full orbit of Jupiter. The spacecraft has been in use since 2011 and entered its initial 53-day orbit around Jupiter on July 4, 2016.