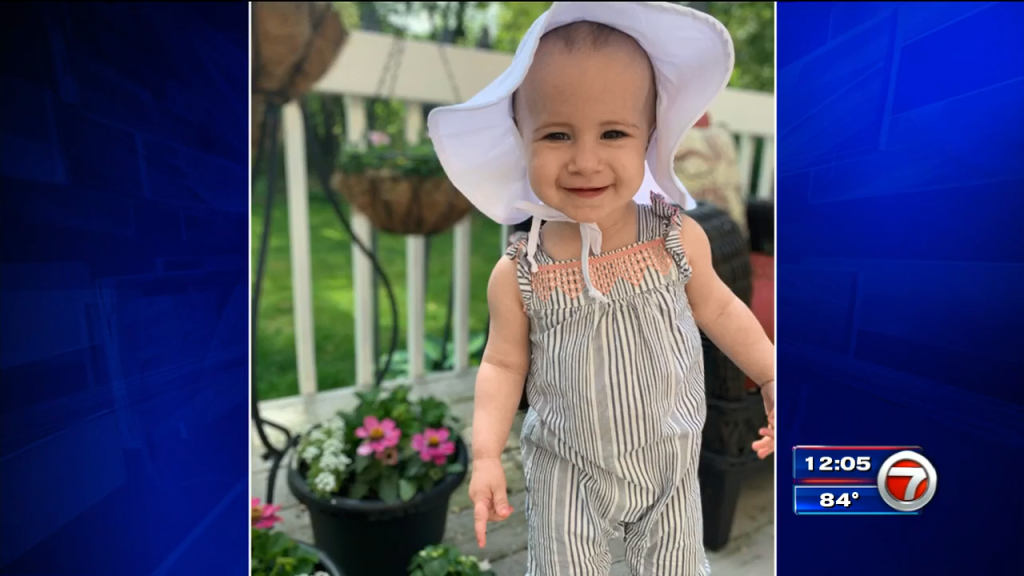 INDIANAPOLIS (AP) — There are “a million things” the cruise company could have done to prevent the death of an 18-month-old Indiana girl who fell to her death from an open window on a cruise ship in Puerto Rico, the toddler’s mother said in an interview broadcast Monday.

Speaking publicly for the first time since Chloe Wiegand died, her mother, Kimberley Wiegand, told NBC’s “Today ” show that her family will sue Royal Caribbean Cruises for “not having a safer situation on the 11th floor of that cruise ship.”

Michael Winkleman, the family’s attorney, has challenged a Puerto Rico police report that says Chloe Wiegand’s grandfather dropped the toddler out of a window July 7th when the Freedom of the Seas was docked in Puerto Rico. Winkleman has said Chloe asked her grandfather to lift her up so she could bang on the glass in a children’s play area and that she fell through the window that had inexplicably been left open.

“There are a million things that could’ve been done to make that safer. I know my mom was asking people, ‘Why on earth is there a window open on the 11th floor without a screen or anything?'” said Wiegand, of South Bend, Indiana. She said the company told her family the window was open for ventilation.

Company officials noted that Royal Caribbean is cooperating in the investigation.

“We are deeply saddened by this incident, and our hearts go out to the family. We have assisted the authorities in San Juan with their inquiries, and they are the appropriate people to address further questions,” the cruise line said in a statement.

Holding the hand of her husband, Alan, Kimberly Wiegand recalled the horrifying moment when she discovered what had occurred.

“I didn’t know that she went out a window,” she said. “And I just kept saying, ‘Take me to my baby. Where’s my baby?’ I didn’t even notice a window. I ran over there, and I looked over, and it wasn’t water down there, it was concrete. To lose our baby this way is just unfathomable.”

The grieving mother said the memories of Chloe will keep her family strong.

“Chloe was the light, and that’s what is going to get us through every single day,” she said. “We have to go on for her. We can’t give up.”