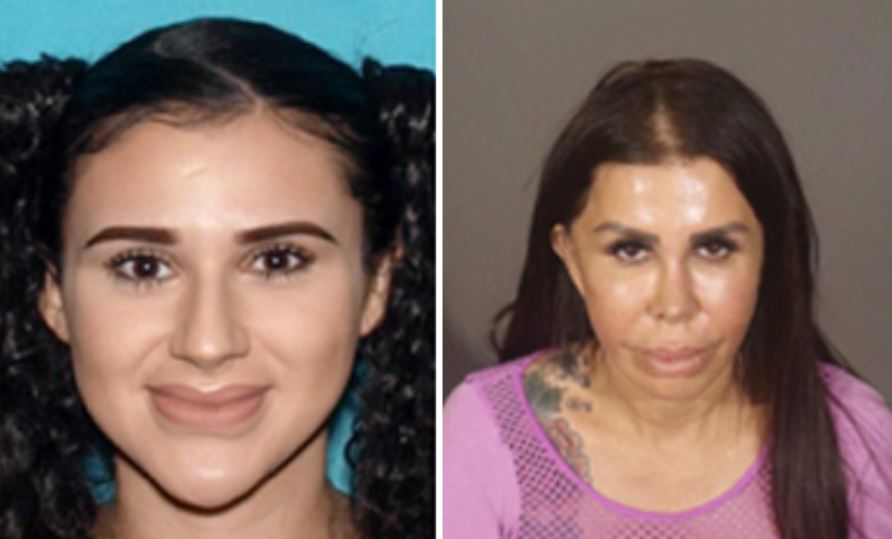 These undated photos provided by the Los Angeles Police Department show Alicia Galaz, left, and her mother, Libby Adame, who have been arrested in Southern California on suspicion of performing "outlaw" buttocks augmentation procedures on women, including one who died, police said Wednesday, Sept. 22, 2021. (Courtesy: Los Angeles Police)

LOS ANGELES (AP) — A mother and daughter have been arrested in Southern California on suspicion of performing “outlaw” buttocks augmentation procedures on women, including one who died, police said Wednesday.

“Neither are a licensed medical provider in California and their clients were recruited through Instagram,” the statement said.

The women were taken into custody last month in the city of Riverside. It wasn’t immediately known what charges they might face or whether they have attorneys who could speak on their behalf.

An arrest warrant was issued after a woman who underwent “an outlaw buttocks augmentation” died at a hospital emergency room in October 2019, police said. The defendants fled the scene without informing authorities or paramedics that the victim had undergone a medical procedure, according to investigators.

“This cosmetic procedure involved injecting an uncontained, liquid silicone substance directly into the buttocks to make the buttocks look fuller,” the police statement said. “The consequence of injecting uncontained silicone into the body is that it can enter the blood stream and create embolisms which can result in serious illness or death.”

Police are seeking additional women who received the treatment.