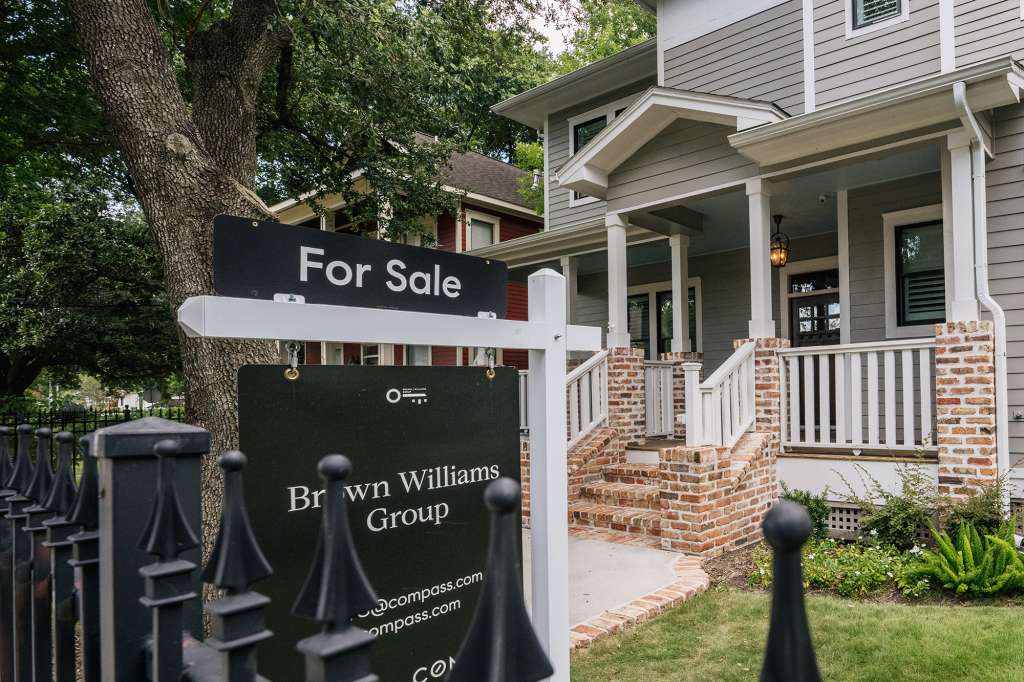 HOUSTON, TEXAS - AUGUST 12: A home, available for sale, is shown on August 12, 2021 in Houston, Texas. Home prices have climbed during the pandemic as low interest rates and working from home has become more abundant. Home prices around the country continue to surge in the second quarter as strong demand continues to overwhelm the supply of homes for sale. Nationwide, the median single-family existing-home sales price increased by 22.9% in the second quarter. (Photo by Brandon Bell/Getty Images)

(CNN) — Mortgage rates rose again this week, reaching 5% for the first time in over a decade.

The 30-year fixed-rate mortgage averaged 5% in the week ending April 14, up from 4.72% the week before, according to Freddie Mac. That’s the highest since 2010.

Rapidly rising rates, along with sky high home prices and rapid inflation could push homeownership out of reach for many Americans, according to Sam Khater, Freddie Mac’s chief economist.

“This week, mortgage rates averaged five percent for the first time in over a decade,” said Khater. “As Americans contend with historically high inflation, the combination of rising mortgage rates, elevated home prices and tight inventory are making the pursuit of homeownership the most expensive in a generation,” said Khater.

The increase comes after the Federal Reserve confirmed last week that it’s is ready to raise interest rates at a faster pace in an effort to “aggressively” combat inflation, said Zillow’s vice president of capital Markets Paul Thomas.

“The Federal Reserve’s plan for reducing its balance sheet — its holdings of US Treasuries and mortgage-backed securities — was slightly more aggressive than some market participants expected,” Thomas said.