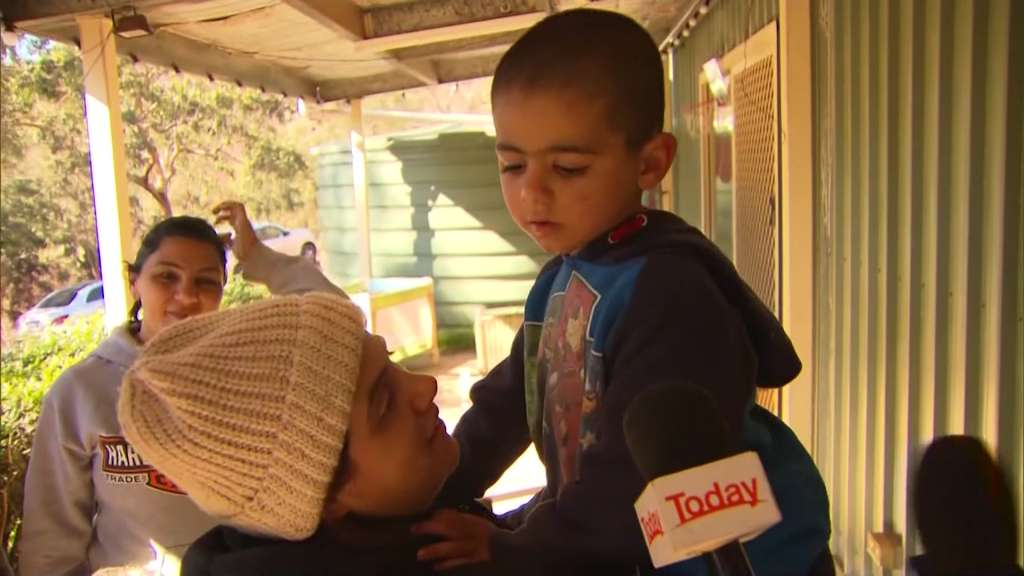 (CNN) — A toddler was found three days after he went missing in the Australian wilderness, authorities confirmed on Monday.

New South Wales (NSW) Police responded to reports just before 12.30 p.m. on Friday that three-year-old Anthony “AJ” Elfalak had gone missing from his family’s property in the rural area of Putty, where he was last seen.

AJ is autistic and non-verbal, according to CNN affiliate Seven News.

When he couldn’t be found, officers organized an extensive search operation with the help of local authorities, including NSW Ambulance, State Emergency Service, Rural Fire Service and the Volunteer Rescue Association.

They were also helped by hundreds of emergency service volunteers.

Around 11.30 am on Monday, after a lengthy search, aviation support service PolAir spotted AJ and was able to guide ground search teams to him.

“A three-year-old child missing on a rural property in the Hunter region since Friday has been located following a large-scale search,” NSW Police said in a Twitter post on Monday. The post also included a video of AJ drinking water on a nearby riverbank.

The toddler has since been reunited with his family, NSW Police confirmed.

“I’ve been in the bush for four days, I haven’t slept,” he added.

He said his son was suffering from diaper rash and ant bites, and had fallen over.

Alan Hashem, a family friend, told Seven News he felt “incredible” that AJ had been located.

“But we still need to find out what happened, we need answers,” Hashem said. “How did he leave? Who did he leave with? Did anything sinister happen?

“We will not stop until we find the truth,” Hashem added. “Thank you to every Australian that was praying, because miracles do come true.”

‘He is a little survivor’

AJ was found in the Australian bush, an unforgiving environment known for its steep terrain and dense forests.

NSW Police Superintendent Tracy Chapman said in a press conference that she felt “relief” when he was located.

“Obviously after three days, you know, desperate to find him, desperate to get an outcome such as this, so certainly standing here today, it’s a good news story,” Chapman said.

“I think (being) so close to water is potentially what gave him that opportunity to survive,” she added.

Paramedic Gerry Pyke, from NSW Ambulance, told reporters AJ was in “remarkable” condition when he was found.

“He is a little survivor,” Pyke added. “He was very, very thankful, you could see that in his eyes.”

Pyke said AJ had been taken to a nearby hospital as a “precautionary” measure.

“Our family is together again. For that we are grateful to everyone who has assisted in any way over the last three days,” the boy’s family said in a statement.

“Thank you to the NSW Police, Rescue Services, volunteers, community members, friends and family who have worked tirelessly to find AJ,” they added. “AJ is fine. Hold your kids close.”