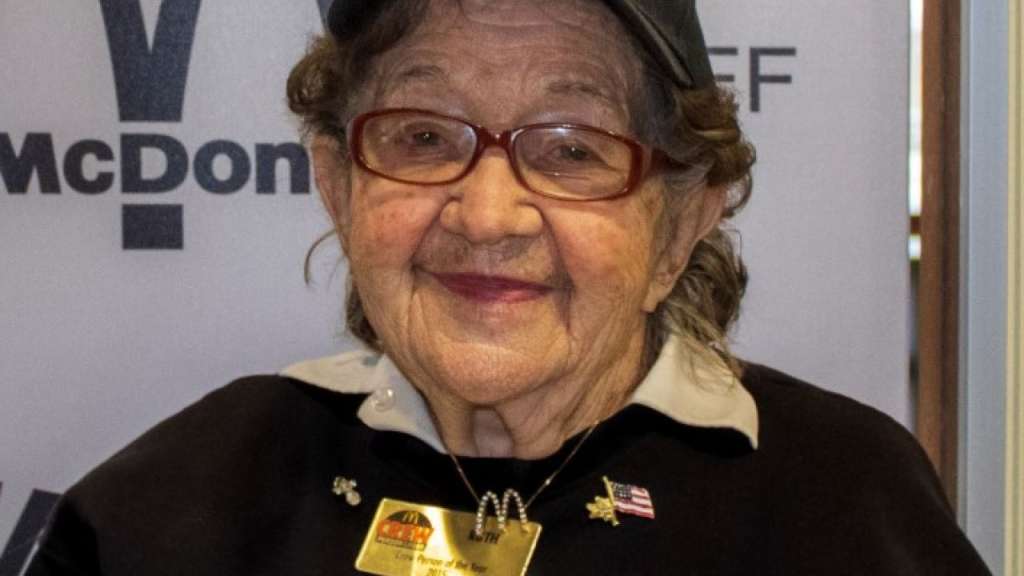 IRWIN, Pa. (WSVN) — A Pennsylvania McDonald’s worker is celebrating her 100th birthday and said she has no plans to settle down and retire.

Wednesday marked Ruth Shuster’s 100 birthday, and for her, it was just another Wednesday.

“It doesn’t feel any different,” Shuster told FOX Television Stations after her co-workers threw her a party.

Before the pandemic, Shuster would greet and help customers. Now, she helps out where she cans and works to boost employees’ morale.

She said she has no plans to retire. “No way at all. I don’t even think of that,” she said.

“I became a widow when I was 50, and I’ve been working ever, ever, ever since, and I like working,” Shuster told WTAE.

WTAE reports that McDonalds has set up a special mailbox for Shuster to receive birthday cards. If you would like to send her a card, you can address it to 9061 Lincoln Hwy, North Huntingdon, PA 15642.