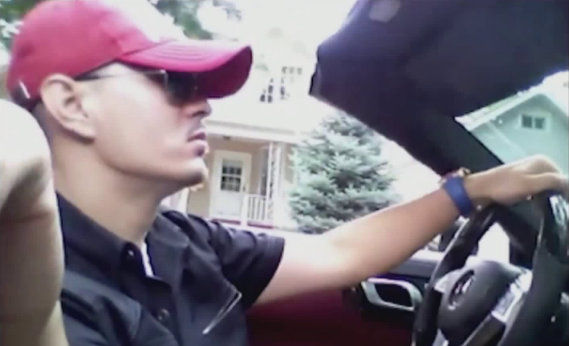 CHICAGO (WSVN) — A gang leader who was awarded $25 million in a wrongful conviction lawsuit is heading back behind bars after using his settlement to rebuild his street gang.

According to Fox 5, U.S. District Judge Harry Leinenweber on Thursday sentenced 38-year-old Thaddeus Jimenez to over nine years in prison for weapons charges, after video showed him shooting rival gang members. The sentence comes five years after Jimenez sued the city of Chicago and the police department for a wrongful murder conviction.

The incriminating video was shot on an iPhone by Jimenez’s co-defendent Jose Roman, showing the pair driving around the city in August of 2015. Prosecutors said the two were looking for rival gang members. The video shows Jimenez shooting former gang member Earl Casteel in both legs before driving away.

Both Jimenez and Roman pleaded guilty to federal weapons charges, but will be back in court to stand trial in Casteel’s shooting.

At just 13 years old, Jimenez was charged with the 1993 murder of a 19-year-old gang member. He was released from prison in 2009 after witnesses recanted their testimony.

After winning the $25 million settlement, the Chicago Tribune reports that Jimenez spent millions on luxury cars for both himself and his gang, the Simon City Royals. The paper reports he also started a social media campaign to grow the gang, and paid members to tattoo their faces with the gang’s insignia.

The video of the shooting is below. (Warning: Contains graphic content)