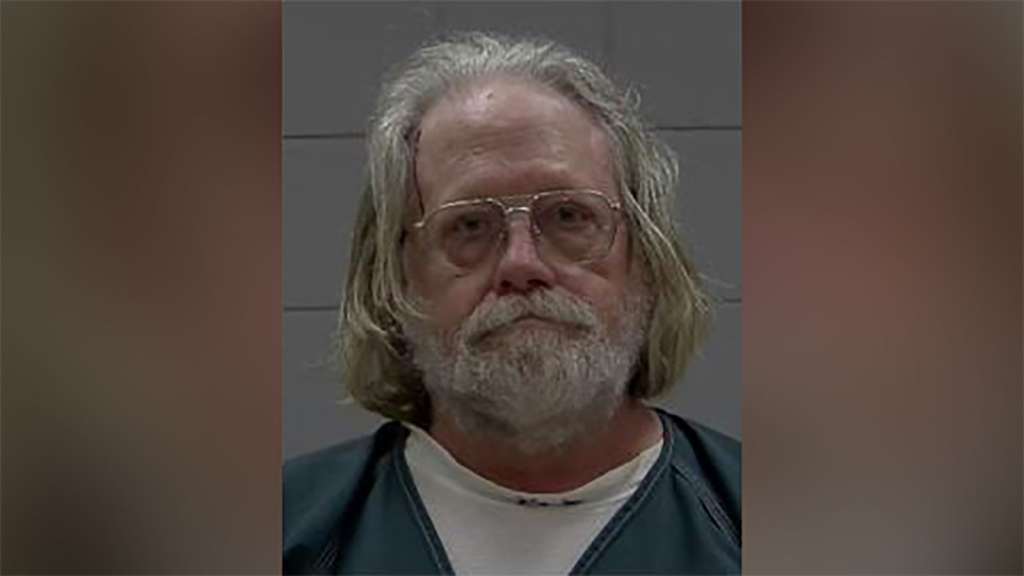 (CNN) — A Minnesota man was arrested Wednesday after he allegedly trapped a police officer’s arm in his truck window while attempting to flee, and then attacking him with the officer’s own rescue hammer, police said.

The officer was attempting to stop the suspect, Luke Alvin Oeltjenbruns, 61, after an alleged assault over wearing a mask was reported at a Menards home improvement store in Hutchinson, a city about 60 miles west of Minneapolis.

Hutchinson Police Chief Tom Gifferson told CNN the officer approached the suspect’s truck and was standing on a running board on the driver’s side when the suspect rolled up the window, trapping the officer’s arm, and drove away with the officer clinging to the vehicle, reaching speeds up to 40 mph.

The officer used his rescue hammer to break the window to free his own arm, but the suspect took the hammer and began striking the officer in the head with it, Gifferson said.

Police had responded to the Menards store after a report of a man assaulting an employee with lumber in a dispute over wearing a mask, according to a Hutchinson Police statement.

Oeltjenbruns led officers on a slow-speed pursuit before stopping.

Police arrested Oeltjenbruns and booked him on first-degree assault.

The officer was taken to a local hospital for his injuries and is resting at home, said Gifferson.

The case is still under investigation by the McLeod County Sheriff’s Office.

CNN is trying to determine whether Oeltjenbruns has legal representation.