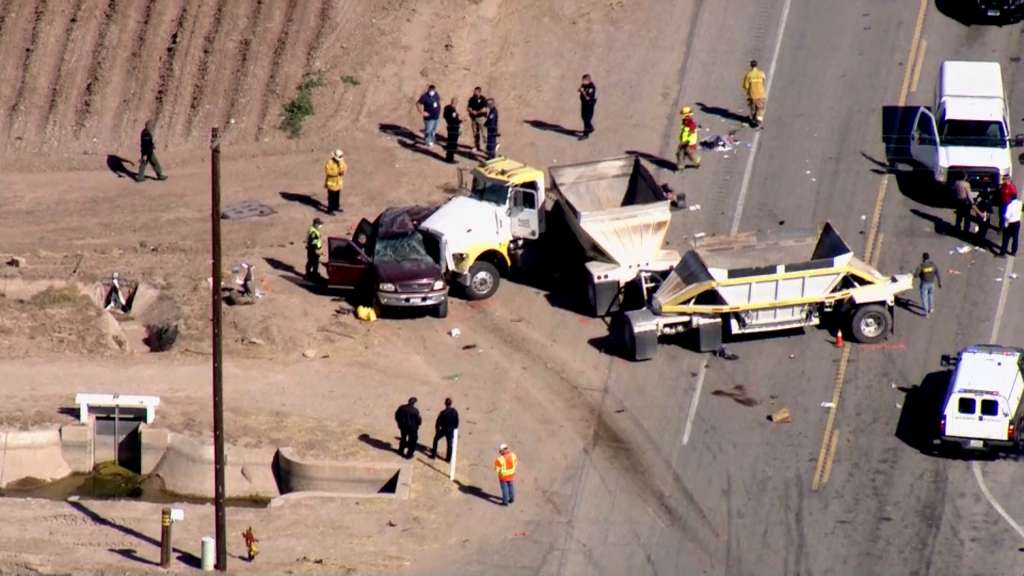 (CNN) — Federal authorities charged a man Tuesday with coordinating the effort to smuggle dozens of people into the US that ended in a California crash earlier this month that killed 13 people after an overloaded SUV collided with a semitruck near the US-Mexico border.

Jose Cruz Noguez, 47, a legal resident of the US who lived in Mexicali, Mexico, was taken into custody Monday night as he attempted to cross the Calexico Port of Entry, the U.S. Attorney’s Office for the Southern District of California said in a press release.

Cruz is accused of helping organize the smuggling effort in which 44 individuals were crammed into two vehicles, a Ford Expedition and a GMC Yukon, to illegally cross into the US, according to a criminal complaint filed Tuesday.

US Customs and Border Protection agents determined the vehicles crossed through a 10-foot breach in the border fence on March 2 but the Expedition, with 25 people on board, crashed into a semitruck soon afterward, killing 13 people, according to the complaint.

Twelve individuals, including the suspected driver, died at the scene while one other passenger died while being transported to the hospital, the complaint said. Many of the passengers who survived had serious injuries, it said.

At Cruz’s first appearance in federal court Tuesday, he was charged with conspiracy to bring Mexican and Guatemalan nationals to the US outside of a port of entry, causing bodily injury or putting a life in jeopardy. He was also charged with bringing undocumented individuals into the country for financial gain.

“These smuggling networks seek maximum profit by moving as many people as possible across the border with zero regard for their safety and well-being,” said acting U.S. Attorney Randy Grossman in the press release. “Cramming dozens of people into eight-passenger vehicles and driving recklessly to avoid detection shows an utter disregard for human life.”

An inspection of the Ford Expedition after the crash found that all the seats but the driver and front passenger seats had been removed to fit more people, the criminal complaint said.

Cruz was identified by law enforcement officials after another suspected trafficker was arrested in a separate smuggling incident and alleged he had been working for Cruz, according to the complaint.

The associate told authorities Cruz recruited him to be the driver of one of the vehicles and offered him $1,000 per passenger, but he said he declined.

Cruz will be arraigned on April 27. If convicted, he could face up to 30 years in prison. According to the press release, the court appointed federal defenders as counsel for Cruz. CNN has reached out to them for comment, but has not heard back.