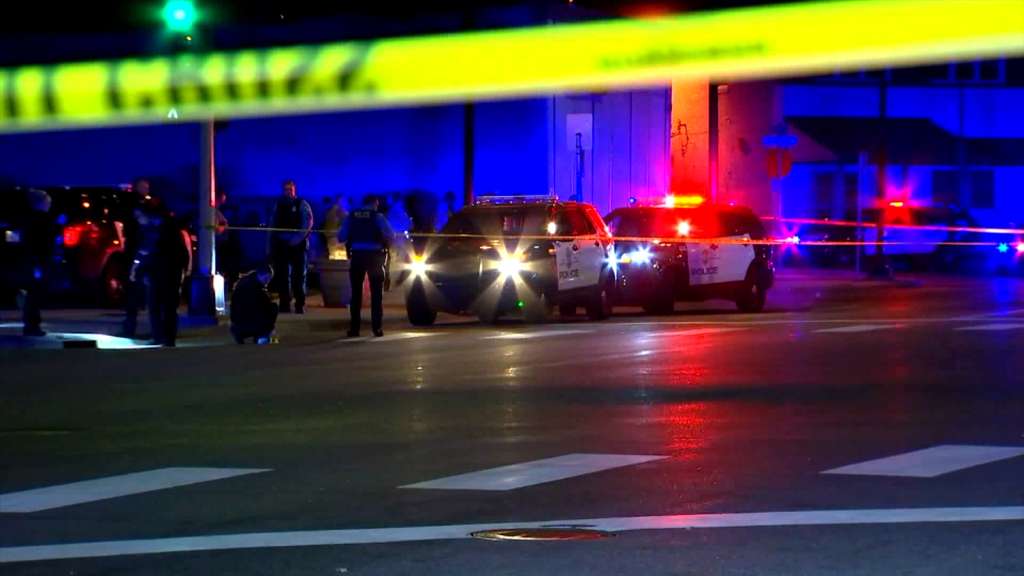 (CNN) — A Minneapolis man has been charged with being a felon in possession of a firearm in connection with a drive-by shooting of a team of Minnesota National Guard soldiers and a local police officer over the weekend, according to a criminal complaint and a news release from the U.S. Attorney’s Office District of Minnesota.

Officials say Andrew Thomas, 28, was spotted by law enforcement late Sunday night driving a light-colored Ford Explorer that matched the description of a vehicle from which multiple shots were fired at law enforcement early Sunday morning in Minneapolis.

The shooting took place at about 4:20 a.m. when multiple shots were fired from a light-colored SUV at the team, the criminal complaint said. One bullet went through the windshield of a team vehicle that held four soldiers.

One soldier was transported to a local hospital for injuries from shattered glass and another was treated at the scene for “superficial wounds,” according to the complaint.

That night, Minneapolis officers spotted a Ford Explorer that matched the description of the vehicle that had been involved in the shooting, the complaint says.

The driver of the vehicle was later identified as Thomas, according to the complaint.

In the Ford Explorer they found a 9mm semi-automatic pistol, a .22 caliber revolver, ammunition and two discharged cartridge casings.

Minneapolis police test-fired the 9mm pistol and a preliminary analysis found that the discharged cartridge casings from the weapon found in Thomas’ SUV had “similar tool markings” to those from the early morning shooting, the complaint says.

Thomas is prohibited from possessing firearms due to a third-degree assault conviction in 2017, according to the complaint.

Thomas will make his initial court appearance on Tuesday, according to release. It is unclear whether he has legal representation.