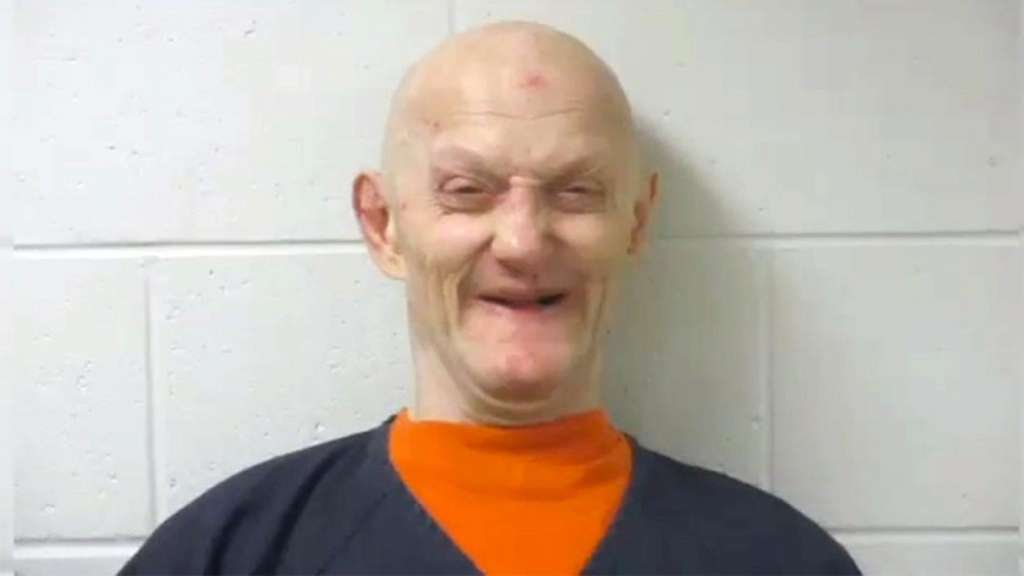 SEARLES , Minn. (WSVN) — Police have arrested a man accused of giving his wife drugs shortly before she died in their Minnesota home.

According to the Mankato Free Press, police found 69-year-old Debra Lynn Johnson in her home after her husband, 58-year-old Duane Arden Johnson, called 911.

According to court documents, responding deputies found the words “Death Parde God Hell” (sic) written in red spray paint on the front door of the home.

Johnson reportedly came outside nude, exclaimed that his wife was dead and rushed back inside and started cleaning himself with a soap and bleach mixture.

Johnson’s wife’s body was found wrapped in a sheet at the top of the stairs.

The newspaper reports that Johnson told police his wife was in a nursing home, and she begged him to pull her out so she could die at home.

Doctors confirmed that she was at the center, but Johnson removed her against medical advice. She previously had two heart attacks, diabetes and high blood pressure, among other ailments.

Johnson told police he had a death party where the couple listen to their favorite song, and he and his wife took methamphetamine.

After his wife died, he said he wrapped her in a blanket “like the bible told me to do.”

According KEYC, Southern Minnesota News, officers found 47 guns at the residence, several of which were stolen.

Jail records show that Johnson has been charged with criminal neglect and receiving stolen property.