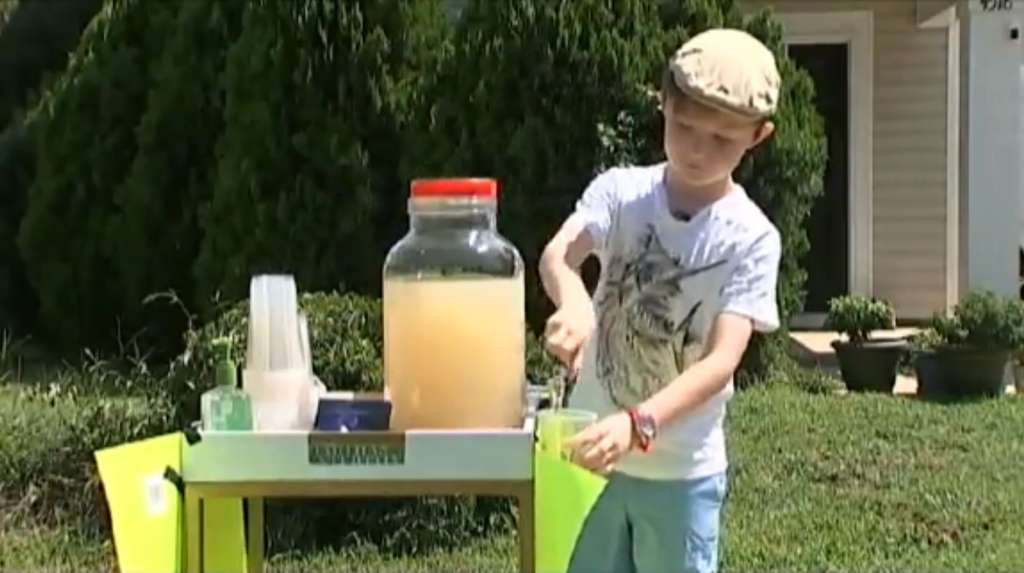 (WSVN) - A young North Carolina boy who was held at gunpoint while selling lemonade has received a generous gift from a home improvement store.

Nine-year-old Mark David was robbed at gunpoint by a teenager while selling lemonade Saturday. He told police the robber stuck a gun to his stomach and took his cash box. The thief got away with only $17.

The young entrepreneur had been selling lemonade in an effort to raise money for a lawn mower so he could start his own business cutting grass in the neighborhood.

According to WSOC, Lowe’s reached out and donated a brand new riding lawnmower to Mark, just days after his terrifying ordeal.

“It’s pretty cool what you’re trying to do at such a young age, and tell you what, it’s pretty awesome to be a part of it,” Lowes store manager Chris Beatty told the young boy.

Despite the robbery, Mark has bounced back and has already begun selling lemonade once more.

Union County Sheriff’s deputies found the same camouflage hat the suspect was wearing along with BB gun nearby. They are now looking to find the thief, and are hoping that neighborhood surveillance cameras and possible DNA from the hat will lead to an arrest.

“It’s pretty low, despicable in my book, and I can’t believe someone would stoop that low to steal money from him,” said Mark’s father.