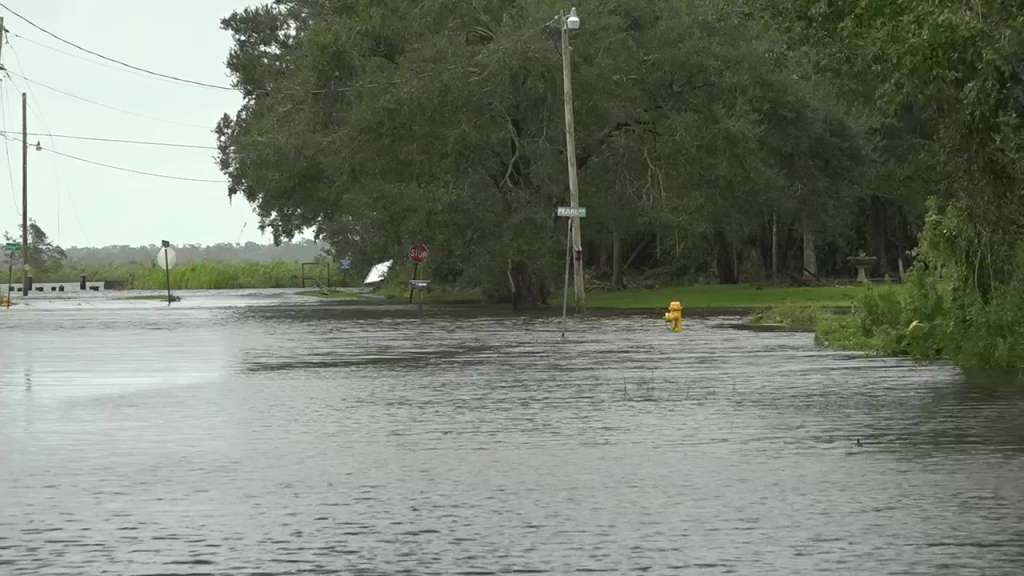 Flooding left behind after Hurricane Ida in Pearlington, Mississippi, which borders Louisiana.

(CNN) — Authorities in Louisiana are investigating an apparent fatal alligator attack on a 71-year-old man as he walked in floodwaters following Hurricane Ida.

The man was attacked and apparently killed by the alligator Monday outside his home in Slidell, his wife told the St. Tammany Parish Sheriff’s Office. Slidell is about 32 miles northeast of New Orleans.

The woman was in the couple’s house in Avery Estates when she heard a commotion and saw a large alligator attacking her husband, she told authorities.

“She immediately ran to her husband’s aide in an attempt to stop the attack,” according to a news release from the sheriff’s office.

She pulled her husband out of the water after the attack stopped and went inside to get first aid supplies, according to the release.

But when she returned, she realized the severity of his injuries, so got into her pirogue — a long, narrow canoe — to go to higher ground and get help, she told authorities.

When she got back, her husband was no longer there, according to the release.

The sheriff’s office used high water vehicles and flatboats to try to find the man, but those efforts have been unsuccessful.