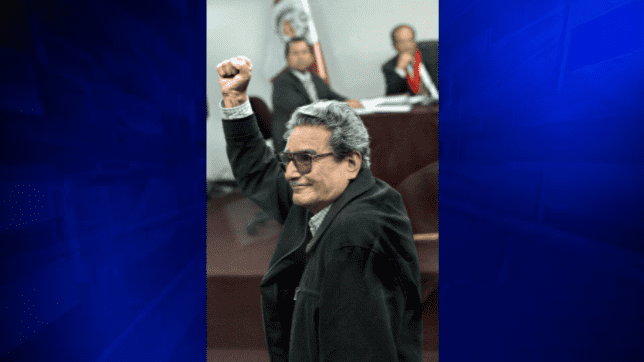 (CNN) — Abimael Guzman, the founder of the Peruvian rebel group Shining Path, known as ‘Sendero Luminoso’ in Spanish, died in prison on Saturday, according to the country’s National Penitentiary Institute. He was 86.

A Maoist rebel group, Shining Path was active in the 1980s and 1990s, spreading terror in the country through a bombing campaign that targeted buildings and infrastructure such as electricity towers.

Its prominence began to fade after Guzman, known as Camarada Gonzalo, was captured and sentenced to life in prison in 1992.

“At approximately 6:40 in the morning in the maximum-security detention center of the El Callao Naval Base, inmate Abimael Guzman Reynoso died due to complications with his health,” the Penitentiary Institute said in a brief statement.

El Callao Naval Base is about 15 kilometers east of Peru’s capital, Lima.

Under Guzman’s leadership, the group declared war on the Peruvian government in 1980, carrying out bombings and assassination operations, which by official accounts killed more than 30,000 Peruvians during the next 20 years.

Another 30,000 Peruvians died at the hands of the government and paramilitary groups in the fight against the group, a government commission said in 2003.

The group also conducted a number of devastating attacks in Lima. It blew up electrical transmission towers, causing citywide blackouts, bombed factories, and set off explosives near government offices and inside the ruling party’s political headquarters.

Its 1992 attack on Tarata, a residential street in Lima, killed at least 25 people and was the group’s deadliest assault.

In the countryside of central and southern Peru where the rebels were strongest, the Shining Path waged an assassination campaign against government officials, the heads of state-owned farming collectives, business owners and even peasants who opposed the guerrillas. Political rivals, including other Marxists or leftists, were also targeted by the group.

Peruvian authorities said in May this year that members of the group were responsible for killing 16 people in a region southeast of the capital. The attack happened before June’s presidential elections, which were won by Pedro Castillo.